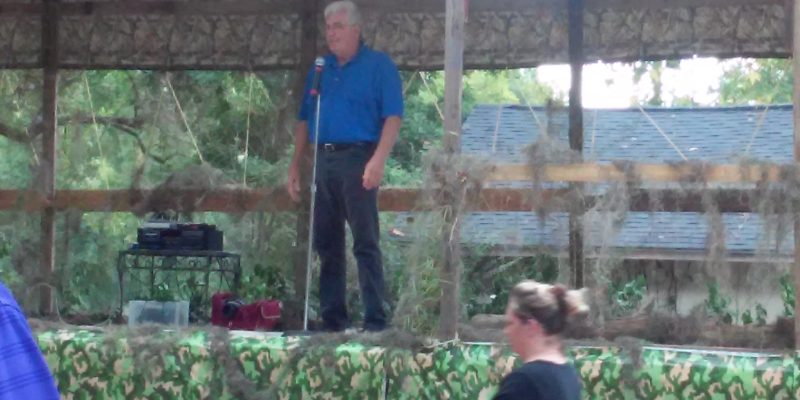 At a public event in Goldonna, Louisiana, on September 5, candidate for Natchitoches Parish President John Salter said the following: “With your help this fall, we will take our parish government back to a Police Jury form of government, what we have now is not working.” Salter, who has served on the Natchitoches Parish Council, was a holdover from the Police Jury that the parish had as its form of until a few years ago. The current parish president, Rick Nowlin, is defending his job against attacks from Salter, who is throwing out the kind of rhetorical bombs that he hopes will ignite some sort of populist movement in the rural parts of Natchitoches Parish.

In the interest of full disclosure, I was part of a group that fought to get rid of the Police Jury form of government in Natchitoches, and though I am now a resident of Lafayette, I will do whatever it takes to prevent it from coming back.

The Police Jury system is an old holdover from the colonial days of Louisiana history. It is little more than a legislative body that acts with several competing minds vying for power and influence. There is no executive to balance out the power in that style of government, just a parish government that has to wait for a simple majority to make up its mind. In Natchitoches, the system was so broken that there was increasing debt and so little trust in the government that any attempt to raise even a minor tax was went up in the most spectacular of flames. People who spent years on the Police Jury got a small paycheck and did very little to actually help their parish out.

So in comes a group that wishes to change that. A few police jurors get on board and a motion passes to establish a commission to come up with a new charter for the parish, one that would create a president-council form of government. That commission works for several months and comes up with a pretty good charter. The charter goes before the Police Jury, who fights it so strongly that it goes before the Department of Justice and delays a vote on it. Delaying that vote ended up costing the parish even more money than it already didn’t have to pay for the extra election cycle.

The Police Jury was removed by popular vote, however, and was replaced with the Natchitoches Parish Council, which had five members, and a Parish President.

The biggest complaint stems from the quality of the roads in the parish, where small rural communities believe the parish and only the parish is responsible. There is very little that can be done to convince them otherwise, but Salter intends to stoke some sort of populist movement to fix the roads… by bringing back a form of government that wasted money that could have been used to maintain those roads.

The people of Natchitoches Parish don’t need John Salter to bring back the pain of years past. It needs to stay the course it’s on to a better fiscal house. Rick Nowlin has done a stellar job of keeping the parish from collapsing under the weight of its debt, and he should be kept around for another term to continue that work.