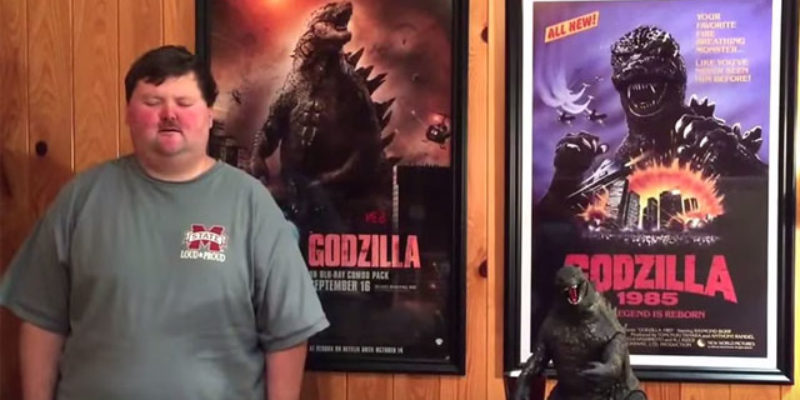 I know I oughta leave this, but I can’t.

Last week there was a dude who looks like he’s made outta marshmallows and hair who did a video thing about how Mississippi State was gonna beat up on LSU. He was apparently tryin’ to get Paul Finebaum to put him on TV, which is…well, it’s sad.

But anyhow, it didn’t work out how Mr. Marshmallows And Hair wanted on Saturday, and him got a busted-up heart over it. He had to give a bow to LSU, which is why we’re showin’ this. And now he’s back to try to get on TV with Finebaum (which is…well, it’s still sad) now that they’re playin’ the dudes from Nackitish.

Thought y’all would get a kick outta this, and it keeps me from havin’ to do somethin’ on the debate last night. Which I can’t, because I fell asleep after Trump said Rand Paul was funny-lookin’.

Interested in more national news? We've got you covered! See More National News
Previous Article The Choo-Choo Train Mafia Is Back At The Trough Again…
Next Article Private Donor To Pay For New Orleans’ Monument Removal, But Here Is What’s Strange About It