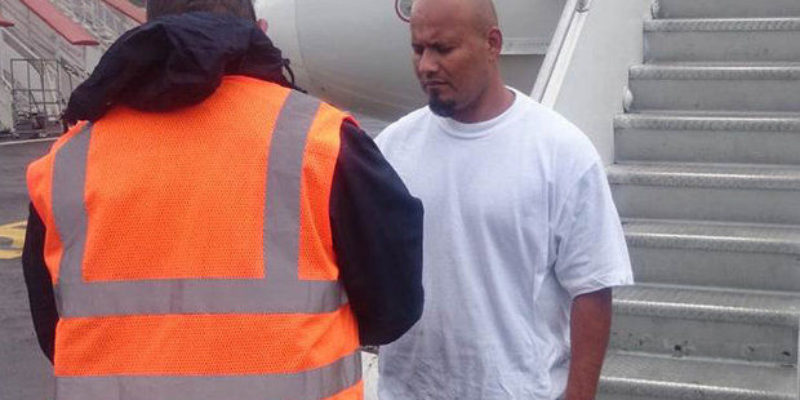 An alleged El Salvador gang member and murderer was just deported back to his homeland after entering the United States sometime back in 2009.

42 year-old Cesar Amauri Cruz-Marin (pictured above) is a member of the M-16 gang, which is a dominant force in El Salvador and Columbia.

Marin has been accused in El Salvador of murdering three men in December of 2009. According to Immigration and Customs Enforcement (ICE), Marin apparently shot the three men in the head after he returned to El Salvador after being deported from the US in November 2009.

After murdering the three men, Marin allegedly fled El Salvador to the US, reentering illegally once again. In 2014, Marin was caught by US Marshalls in Tennessee in 2014.

Marin was flown out of Alexandria last week via a charter flight to Comalapa, El Salvador where he is expected to face trial for the murder of the three men.

Interested in more news from Louisiana? We've got you covered! See More Louisiana News
Previous Article PAYBACK: Could Inefficient Equipment For New Orleans Firefighters Be Retaliation By City Officials?
Next Article Is Bobby Jindal Getting Ready To Get Out Of The Presidential Race? Don’t Bet On It