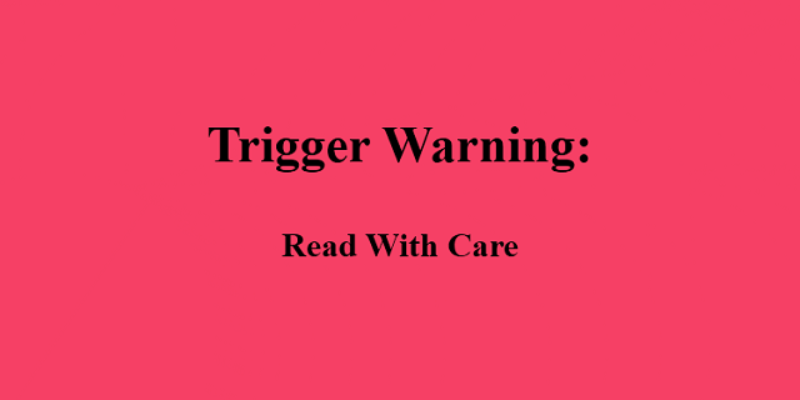 The “trigger warnings” crowd has been moving to remove material they view as objectionable removed from universities. These morons have become a threat to free speech and freedom of inquiry.

The Federalist contributor (and friend of mine) Mytheos Holt wrote a piece calling for the expulsion of these little brats. It’s important to note that Mytheos is, unlike most of these special snowflakes, actually a sufferer of PTSD as a result of child abuse.

Here’s what he said:

Let’s get back to Myers’ “just let the poor traumatized kids get the degrees they paid for” argument. No, don’t let them get those degrees. The whole point of those degrees is to signify their bearers possess qualities beyond merely the credit rating to take out vast amounts of student loans. The entire reason college degrees are supposed to be valuable is that they signify a capacity to absorb and process specialized knowledge beyond what non-degree-holders have. This is, in fact, the whole purpose of education generally.

This means if some troubled or weak students have allowed their mental illness to preclude them from absorbing such knowledge, the fault lies not with the college, but with them. Such people are as ineducable as an illiterate English major. The solution is not to expel knowledge from the classroom that is disagreeable to these feeble and fragile minds. It is to expel them. Their place is in a psych ward, not a school, and their money (or, more likely, their parents’) is better spent seeking treatment there than spoiling education for everyone else.

Mytheos also discussed his article further in a podcast with Daniel Pryor on Students For Liberty’s Young Voices Podcast. I definitely recommend listening to it.

Basically Mytheos is right here. These weak minded children should not be allowed to remove views that they can’t cope with from university campuses. If a university campus is not the place to push the boundaries of knowledge, where is that place?

Plus the whole concept of “trigger warnings” as used by these spoiled brats make a mockery of those who actually suffer from mental illness. Those who have sought treatment for mental illness and are still able to cope with things that may “trigger” them should be commended. Instead, we have these spoiled brats who use that phrase without actually knowing what it is.

These people are a disgrace and the sooner they’re driven from universites, the better.

Interested in more national news? We've got you covered! See More National News
Previous Article New Orleans Residents Have Been Getting Scammed In Fees By City For Over A Decade
Next Article Another Center For Medical Progress Video Is Out, And Planned Parenthood Can’t Deny They Sell Body Parts Anymore