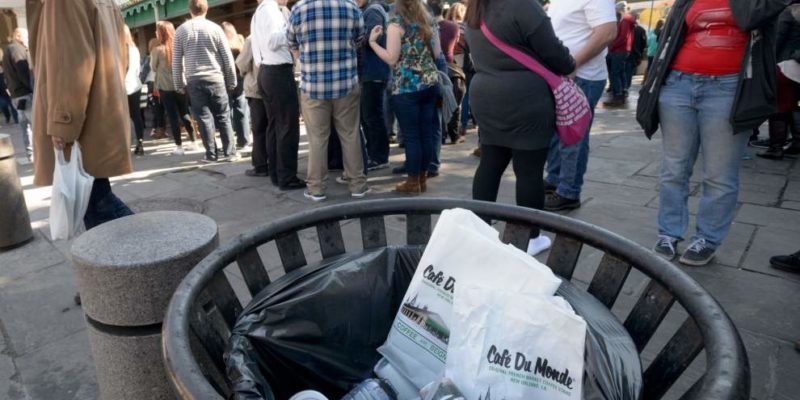 New Orleans residents may be getting scammed by the city in sanitation fees that some residents have noticed are double than what they are supposed to be paying.

In a new investigative report by WWL’s David Hammer, one Uptown resident is described as being billed double the amount she owed for sanitation services to the city for some 15 years now.

Apparently, the woman and her husband converted their double shotgun house to just a single household back in 2000. But, the city’s sanitation services continued to bill the residents for a double, so they paid $2,664 instead of $5,328 a year.

The Uptown resident did not even know she was being billed twice for the same service because the sanitation fee comes up on city bills as a single ‘sanitation service fee.’

However, it was not as if the city of New Orleans did not have record of the residents’ home being changed from a double to a single household. As Hammer reports, “The change was clearly indicated on the sale documents at the time, in city tax records since then and by the fact that they have always had only one water meter.”

See, the city of New Orleans sets their sanitation fees to residents based on how many waters meters are on each property.

This resident, though, did have one water meter and was still being charged double than what she owed, something she called a “scam” to New Orleans residents.

After multiple residents in the city realized they were scammed as well, the Orleans Parish Sewerage & Water Board was asked to clarify in their bills how many units were being charged for sanitation fees.

Naturally, the Orleans Parish Sewerage & Water Board apparent said it was none of residents’ business on how they issue bills to residents.

Even after residents go through month-long waiting periods with the city to eradicate the problem, the Landrieu administration said they would only reimburse residents for three years worth of being scammed by the city.

Sanitation fees include trash and recycling pickup, which residents in New Orleans already pay more for than neighboring parish’s residents.

Interested in more news from Louisiana? We've got you covered! See More Louisiana News
Previous Article The Top 20 Most Popular ‘Ashley Madison’ Passwords Are Hilarious And Totally Hackable
Next Article Writer Comes Up With A Novel Solution To Coddled College Students Who Need ‘Trigger Warnings’