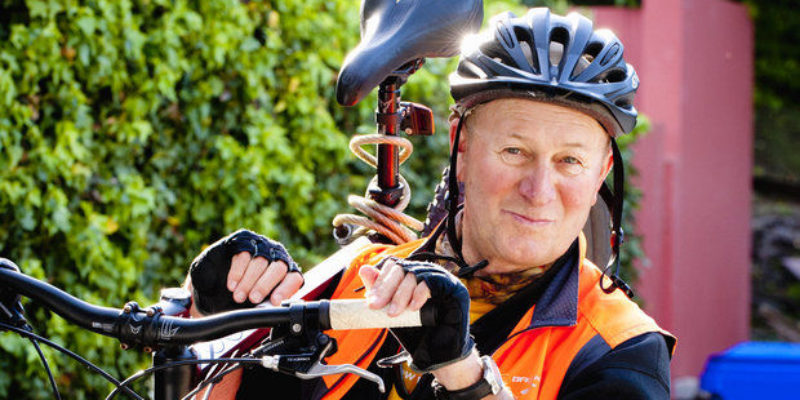 The epitome of New Orleans Police Department (NOPD) inefficiency is the drawn-out and long-waited police response time, as well as the

Doug David, a tourist from La Jolla, San Diego, was attacked on October 15 in New Orleans after being beaten to near-death in the Marigny neighborhood, just blocks away from the famous Music Factory.

The 64 year-old was apparently crossing an intersection at Frenchmen and Decatur Street when he says he was almost hit by a black vehicle. Then, David threw his beer bottle at the car.

After this, a black man, whom NOPD has now identified and are searching for, got out of the black car and brutally beat David, leaving him paralyzed and with lung failure.

According to David’s niece, Alicia Foulds, the NOPD was hardly even interested in the matter. At first, when contacted by the San Diego Times, NOPD said they had no record of NOPD even being dispatched to the scene of the beating.

Though EMS and New Orleans Fire Department (NOFD) had arrived at the scene shortly after receiving a 911 call about the incident, NOPD officers did not respond to the scene until about 45 minutes after the beating.

By that time, no one was at the crime scene and NOPD was unaware that the victim had been taken to the hospital by EMS.

Now, almost two weeks after the beating, NOPD is finally looking into the case. Originally, Foulds said that her uncle was told that he would be visited by detectives with the NOPD while in the hospital in the city.

However, that never happened.

David and Foulds are now coming forward, saying that NOPD has been “foot-dragging” when it came to the incident, as if they did not care.

And, on top of that, the Times Picayune is being accused of acting “lackadaisical” to the brutal beating. An exchange between a former The San Diego Union-Tribune and a Times Picayune revealed that the New Orleans reporter who was contacted did not find the story newsworthy.

“Nothing you’ve told me constitutes a news story, so there’s nothing to follow up journalistically,” the Times Picayune reporter said in the exchange.

Not to mention, when the Times Picayune did end up reporting on the incident, they left out the detail from the San Diego Times report that the suspect who beat David was a black male, simply referring to him as “a man.”

In news reporting, identifying individuals’ races is only important when a description of the individual is paramount to the story. This includes suspects who are involved in unsolved crimes, like this one.

The story of Doug David is just one of many which points to inefficiency of the NOPD and a lackadaisical attitude toward crime issues by the Times Picayune.

Additionally, in a brand new investigation by FOX8’s Lee Zurik, it’s revealed that the average response time for NOPD reaches up to 73 minutes sometimes.

In one particular incident, it took NOPD two days, 14 hours and 56 minutes to respond to a 911 call.

Interested in more news from Louisiana? We've got you covered! See More Louisiana News
Previous Article VIDEO: The RGA Is Back With A New Ad Against Edwards, And It’s All About Obama
Next Article What’s Happening At Ole Miss Is An Absolute Catastrophe