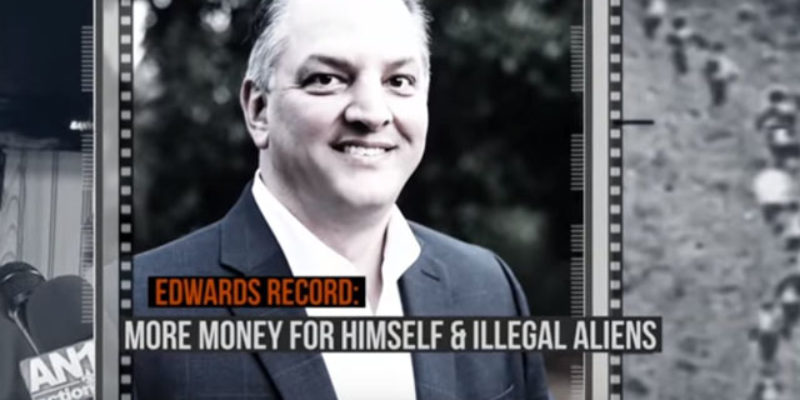 I really want to take a day off, because I am completely electioned-out, but that might not be possible since things are moving pretty quickly as this runoff election takes shape.

We’re going to have an intensely partisan, nasty race which is predicated on one basic thing: whether David Vitter can bring home the Republican vote that went to Scott Angelle and Jay Dardenne in the primary. Republicans got some 57-58 percent of the primary vote in the governor’s race, and considerably more than that in some of the other statewide races.

Democrat turnout was really low, but it seems like that’s largely considered to be a fact of life these days. I don’t know if I buy that, because one would imagine if the Dems think they can actually win a gubernatorial election it would motivate them to get out and vote. On the other hand, John Bel Edwards’ entire campaign seems to be about telling people how gosh-darned conservative he is – and I’m not convinced Democrat voters in places like Orleans Parish will be motivated by that, particularly when what we’re talking about is black voters who see Barack Obama as the president and black Democrats representing the party on statewide ballots for Lt. Governor, Secretary of State and Attorney General so what’s so great about this white guy from out in the country that nobody’s ever heard of who’s running like he’s just as conservative as Vitter?

But when statewide turnout is all of 38 percent, it’s not just that Democrat turnout was low. It wasn’t even 35 percent in Jefferson Parish, for example, and that’s not going to cut it if you’re David Vitter. Those are his voters, and he’s got to consolidate and motivate them to keep a Democrat out of the governor’s mansion.

Vitter’s doing media interviews in an effort to make the case for how out-of-step Edwards is with the voters from an ideological standpoint, though that’s a slog in the mud since all he’s getting asked about is hookers and Robert Frenzel. He wants to talk issues, but our media is too stupid, or thinks their readers and viewers are too stupid, to care about things like tort reform, coastal restoration, tax reform or revamping the state’s budget – so he gets to wade through questions about manufactured or ancient scandals. Meanwhile, this is John Bel Edwards’ appeal to the voters…

It’s a pre-emptive attack aimed at denying any criticism or scrutiny of his record, which as we’ve said is absolutely terrible if he purports to claim to be a conservative. And Edwards isn’t exactly getting challenged on his record by the state’s media – not even when he makes the idiotic argument that David Vitter is a third term of Bobby Jindal’s.

Vitter has an ad on TV, which we haven’t found online just yet, which is also basically screaming that Edwards is pals with Obama. And Edwards was, in fact, at the Democrat National Convention in 2012 nominating Obama for re-election, so the idea that there is any real distance between Edwards and Obama isn’t a particularly honest one.

Here’s the thing, though – Republicans have been screaming about Obama and how awful he is for seven years now. And while that’s without question true – and like Vitter said in his TV interview on WDSU in New Orleans you really don’t get to brag about how pro-life you are and then be the guy nominating Barack Obama for re-election – one wonders if screaming “Obama” at all the Democrats isn’t a bit stale at this point.

Edwards has accused Vitter, pre-emptively, of telling lies about the state representative’s record. The best way to defeat that is to make Edwards show that they’re not lies. And that case can’t be built with broadsides.

Interested in more national news? We've got you covered! See More National News
Previous Article John Bel Edwards’s Education Record: Putting Teacher’s Unions And School Boards Over Children
Next Article All Of The Inefficiency Within New Orleans Police Department And The Times Picayune In This One Crime Story