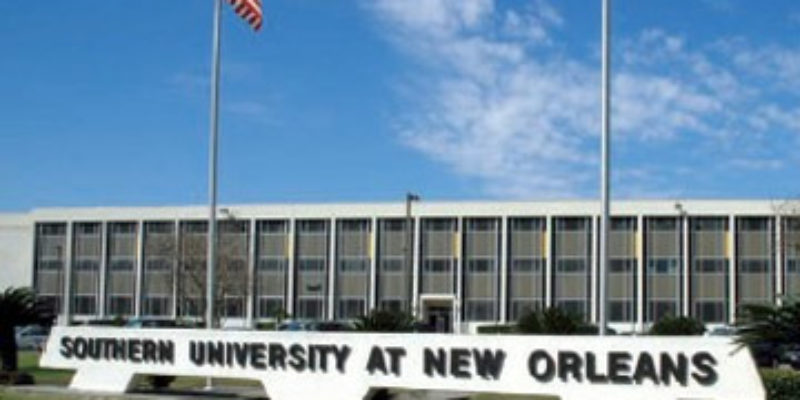 SUNO is an embarassment to Louisiana higher education. It has an abysmal graduation rate and what few students that do actually graduate don’t major in any marketable degree.

Its main purpose is to serve as a patronage vehicle for the Legislative Black Caucus. As such, SUNO’s administration has numerous issues with corruption.

If some SUNO professors are right, we can good ol’ fashioned racial and religious discrimination to that institution’s long list of failings. Here’s what the Times-Picayune had to say:

A federal investigation is underway into complaints that administrators of Southern University at New Orleans discriminated against Muslim professors and job candidates who applied for work at the university last year. One of the professors, Ibrahim Ekaidi, says he and a Muslim colleague, Bashir Atteia, were unfairly removed from a hiring committee and asked to resign their jobs after they recommended two Muslims for open positions in the biology department.

The chairman of the department, Murty Kambhampati, also removed the Muslim applicants from the list of job candidates and denied them interviews — even though the remaining committee members had ranked them among the top three finalists, records show. “SUNO took action against us because they didn’t want to hire Muslims,” said Ekaidi, a tenured associate professor of anatomy and physiology. “It was a blatant example of religious discrimination.”

SUNO administrators say the issue has nothing to do with religious beliefs. Kambhampati said Ekaidi and Atteia, an assistant professor of biology, engaged in “dishonest” and “unprofessional” behavior while serving on the hiring committee. He also said the two men violated SUNO’s hiring policy by submitting almost identical evaluations of the job applicants.

Ekaidi has filed a complaint with the U.S. Equal Employment Opportunity Commission accusing Kambhampati and other SUNO employees of discrimination on the basis of religion. The EEOC said an agent is investigating.

If the allegations of Ekaidi and Atteia are proven true, SUNO would be in blantant violation of the Civil Rights Act of 1964. What that means is that SUNO would have to pay up in fines and damages. That’s money coming out of the pockets of Louisiana taxpayers.

Once again, SUNO has proven to be a liability to Louisiana taxpayers. This “school” doesn’t graduate anyone and drags down Louisiana’s higher education system. When the next governor and legislature look at reforming higher education, they need to close SUNO before it becomes a greater embarassment.

Interested in more news from Louisiana? We've got you covered! See More Louisiana News
Previous Article BACKFIRING: Opposition To New Orleans’ Monument Removal Is Growing And Here’s Why
Next Article FINGERS-CROSSED: The ‘King Of Telling It Like It Is’ John Osterlind May Be Making A Radio Comeback