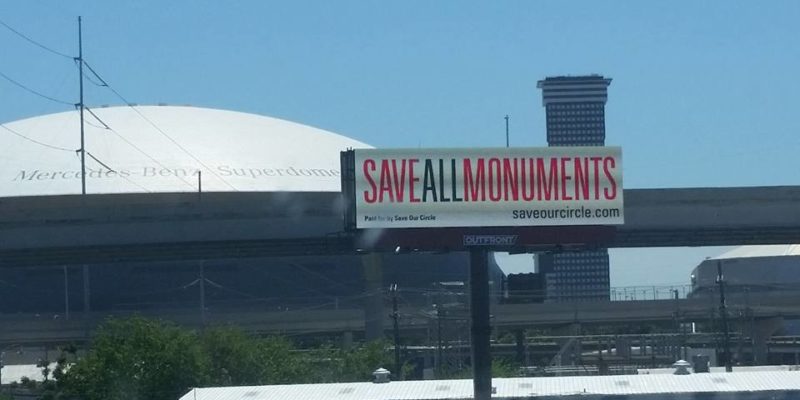 As the end to a debate of whether or not to remove four historical monuments in New Orleans continues and does not seem to be ending anytime soon, the proposal is getting more push back in some unlikely places.

“Our effort is dedicated to supporting effective black leaders in our community and defending them against political attacks,” the Rev. Tom Watson of Watson Memorial Teaching Ministries said. “This city is more segregated now than it was before the storm. We want the mayor to just give us the true facts, stop hiding, be honest with us so we can work on facts and move forward and walk in the darkness.”

“Five years of political obstruction from this administration has left us more divided than ever before,” Watson said. “It’s time that we coalesce around criminal justice leaders, our first responders and others.”

But, these ministers are not the only ones sick of the divisiveness from the Landrieu administration.

A large majority of New Orleans residents, some 68 percent, oppose the removal of historical monuments that Landrieu is pushing.

In that same poll, WWL tried to bury the fact that only 46 percent of black voters in the city said they supported the monuments being removed, while 31 percent said that they opposed the idea.

These numbers are contrary to what the New Orleans NAACP and Landrieu administration would have residents believe. The narrative of both entities has consistently been one where the public is told that black New Orleans residents are offended by the historical monuments and that the monuments incite violence.

As exposed by the Hayride, however, the only protests by residents who support removing the monuments came directly after Landrieu asked that they be removed.

Before Landrieu requested that Lee Circle and others be removed, there were no protests in the city regarding the monuments.

The New Orleans City Council has yet to vote on the matter, nor have they even set a date to vote on the issue. This constant putting-off the issue may be what is changing minds in residents and the church community.

When the plan was first announced by Landrieu, it seemed to have a majority of support. But, as time has gone on, Landrieu’s plan seems to have faded as a fight that could have been avoided had the administration never made the request.

Interested in more news from Louisiana? We've got you covered! See More Louisiana News
Previous Article VIDEO: Scott Angelle Releases His Closing Ad For The Governor’s Race
Next Article Here’s Another Reason Why The Next Governor And Legislature Needs To Close SUNO