Traditionally to win elections in Louisiana, white Democrats run as (or pretend to be) pro-life, pro-God, and pro-gun. St. John Bel is no exception but he has added it another dynamic to it, his so-called integrity.

St. John Bel even cut an ad to show his “pro-life” credentials during the jungle primary. He has been telling the state that he is pro-life.

However, The Hayride has received evidence that St. John Bel has not been as pro-life as he claims to be. Votesmart.com typically asks politicians on all levels of government in every state to fill out “political courage surveys.” Here’s what St. John Bel said in 2006: 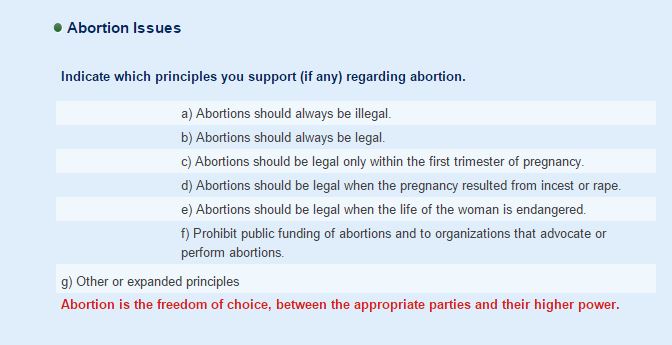 That sounds like one of those bogus “I’m personally pro-life but….” statements issued by Democrat politicians when they need to pander to conservatives. That is not the response of a pro-life politician.

Earlier this year, St. John Bel filled out a new Votesmart.com survey. Here’s what he said about the abortion issue. 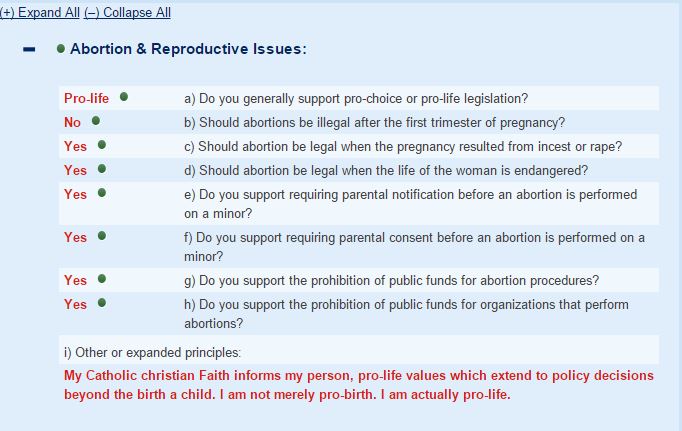 So now he claims to be “pro-life”, except for that whole banning abortion thing after the first trimester of pregnancy. Here’s a question for St. John Bel, do you support abortion right before the mother gives birth? If not, when is an time limit?

Back in 2009, St. John Bel was trying to kill pro-life legislation. A bill by fellow Democrat State Rep. Bernard LeBas extended conscience protections to doctors, nurses, and other medical professionals if they refused to participate in abortions. It barred employers from firing them. Here’s an account of St. John Bel’s sorry role in this bill.

The bill almost didn’t make it to Jindal in its correct form as members of the state House, led by pro-abortion Rep. John Bel Edwards, amended it to make it so only healthcare providers in the public sector are entitled to conscience protection for a limited amount of procedures.

However, thanks to the calls, emails and public lobbying from pro-life advocates, the state Senate approved HB 517 and added an amendment making sure all health care professionals receive the benefit of the legislation.

That’s not something a “pro-life” state representative would do. St. John Bel is lying to the people of Louisiana when he says he’s “always been pro-life.” St. John Bel went to bat for Planned Parenthood and the ACLU so more unborn children can be slaughtered in this state.

St. John Bel quotes the West Point honor code a lot and here’s what it says.

A Cadet will not lie, cheat, steal or tolerate those who do.

John Bel Edwards is a proven liar and should not be tolerated by the people of Louisiana. Here’s another thing I don’t tolerate and that’s hypocrites. St. John Bel has been running against David Vitter and his prostitution allegations. He has been attacking Vitter as a liar because he denies the New Orleans stories. Well, by calling Vitter a liar St. John Bel has proven that he is a hypocrite.

At the end of the day, only one of these two men reflect the values of Louisiana and it’s not the guy running commercials talking about his (non-existent) integrity.