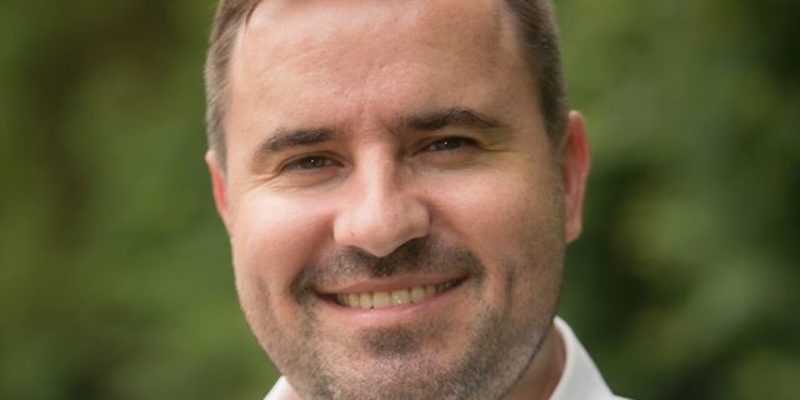 The race to replace Chaz Roemer in BESE District 6 is tightly packed. We have a total of 5 candidates (4 Republicans and 1 “Libertarian”) running for the Baton Rouge area seat.

Recently, The Hayride sat down with businessman Jason Engen who is running for the seat. He is the pro-education reform candidate in the race. We talked about everything from education standards to school choice.

The Hayride first asked Engen why he’s running for BESE. He says he’s in the race because no one represented the business side who he calls the end user of the education system. He then went out to recount his service in the Air Force after 9/11. “When I got out of the Air Force in 2006, I realized that passion for making a difference and helping others is something that I can live out for the rest of my life.” said Engen.

Although Engen is not a professional educator, he has a Masters in Public Policy. Although he taught an Arabic refresher class in the Air Force.

The Hayride asked Engen what are the major issues he was running on in this campaign. “To me the most important one is we’ve seen some reforms kick in over the last few years that I think we need to maintain and to the extent possible we need to maintain.” said Engen. He also praised school choice as empowering parents to make the best education choices for their kids. However, he says while it has been good for low income students, he wants to expand that to middle income students.

But, school choice isn’t the only thing Engen is fighting for. Engen is firmly for higher standards, unlike some of his opponents. “I want to see us challenge our students to achieve the very best of their potential.” said Engen. He praised the Common Core compromise legislation that passed this past session. He also supports accountability. “We need to make sure they’re meeting the standard, they’re doing a good job, and we’re seeing students come out well-educated.”

Engen is also a proponent of workforce development. He expressed a worry that Louisiana does not have enough workers to do the jobs that are on the way for the state. He supports letting high school students graduate with a certification in a trade, along with their diploma, if that’s the track they want to take.

The Hayride asked Engen what separated him from his four opponents in the race. Engen said that he was the only candidate representing the business community, which is the end user of the education system. His other opponents are three educators and a blogger. Engen makes a very good point about what happens to every student. “Our education system is there to get kids ready to eventually persue an academic track or to go straight into workforce. Even the folks on the academic track are coming into the workforce.” There’s also a personal reason for Engen, he has three children under the age of 4.

The Hayride asked Engen about Common Core and what he would be looking for when the new Louisiana standards are drafted next year. He’s a proponent of STEM education and he wants to see it improved. He said Common Core wasn’t the issue, but it was how they were implemented.

Engen bluntly said about traditional public schools, “they have failed our children.” He believes that school choice and the charter school revolution are forcing them improve their quality of education because parents could send their kids elsewhere. Engen also opposed a bill authored by State Rep. John Bel Edwards (D-Amite) that would strip BESE of the authority to create charters in A or B rated school districts. “Why do they have to be trapped in a school in their neighborhood?” said Engen

The Hayride asked Engen about homeschooling and whether he supported further regulating them. While he supports homeschooling, he supports subjecting them to high standards similiar to what public and private schools are subjected it. He says that’s something he will have to look at though.

Finally, we asked Engen if he thought BESE should be paid a salary. Currently, they receive per diems and expenses. He said no.