UPDATE: If you really want to know how stupid Louisiana’s media is, here’s a photo of the damage the wreck caused when Vitter’s campaign finance director hit another car today… 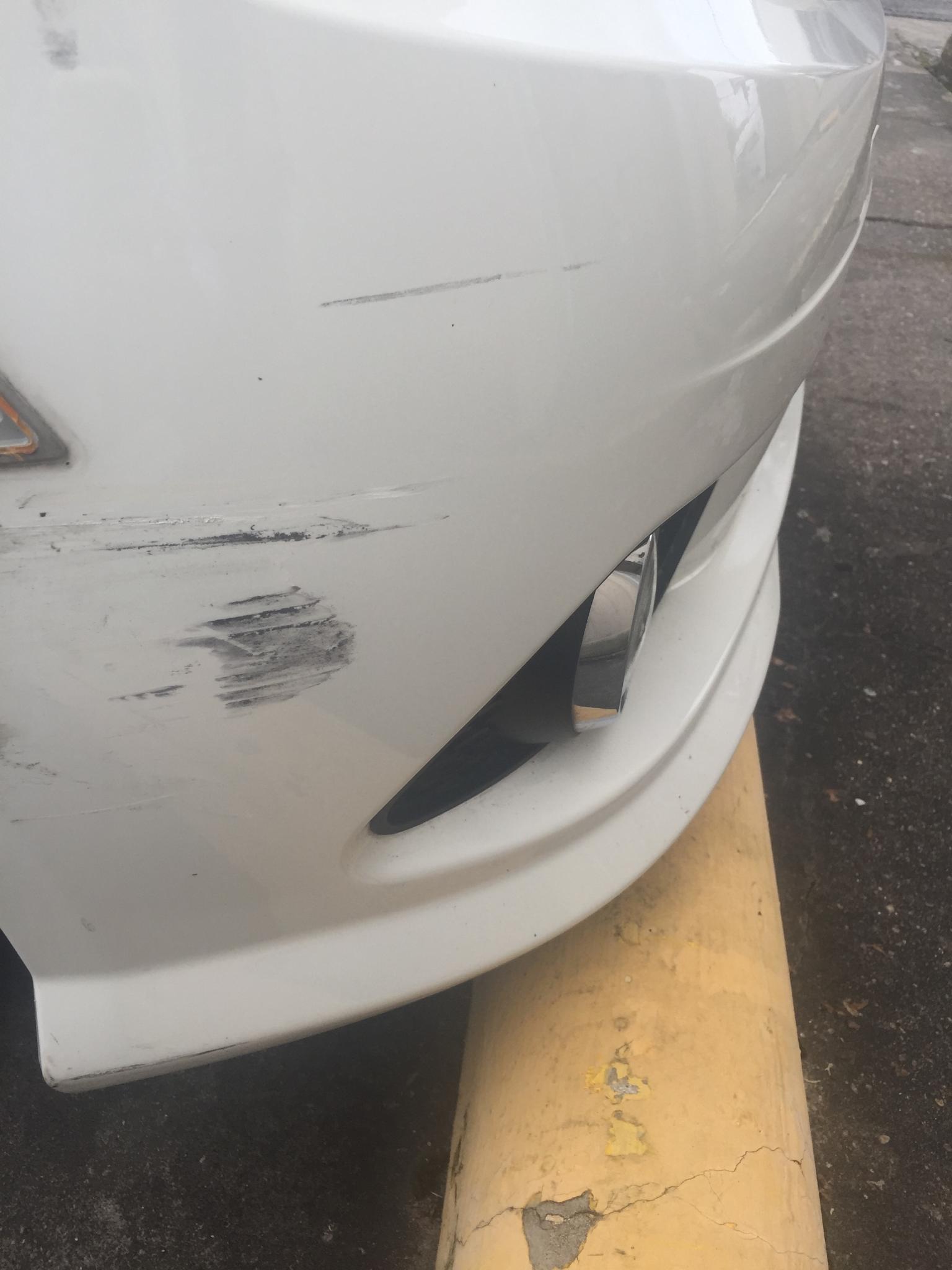 ORIGINAL: First, we have breathtakingly, breaking news. Which is…

David Vitter was in a car this afternoon in Metairie, going to a scheduled appearance. His staffer who was driving the car – a female – got in a fender-bender.

Someone came and picked Vitter up and took him where he needed to go, while the staffer got a ticket. The Jefferson Parish Sheriff’s Office has asked Vitter to make a statement but says he didn’t do anything wrong by getting a different ride to his appointment since he wasn’t driving the car.

And yes, this is news to the imbeciles who populate Louisiana’s media – none of whom could tell you where Vitter stands on venue-shopping on tort cases, or the Transportation Trust Fund, or tax reform. They’re falling all over themselves about a fender-bender the day before the election.

“I’m not in favor of Senator Vitter. He’s been a career politician that’s divided us for a long time, and I’m not hopeful if he gets to be the governor that he’s going to help the city (of New Orleans),” Landrieu told Garland Robinette on WWL 870 AM on Thursday afternoon.

The senator has a hostile relationship with both the mayor and his sister, former U.S. Sen. Mary Landrieu, and he spent part of the summer attacking the mayor over issues of crime and Confederate monuments in New Orleans.

Asked last week whether he’d be making an endorsement in the governor’s race, Landrieu replied, “At some point in time.”

But first, he said, “I need to hear from all four candidates: Tell me how New Orleans isn’t just your whipping boy — I’m not interested in that, that philosophy doesn’t work for me — but how we can be partners to make the city strong.”

Exactly how does Mitch Landrieu expect to be treated when he backs atrocious, and hostile, policies like the Hire NOLA ordinance which calls for employment discrimination against residents of adjoining parishes to Orleans? Or categorically refuses to give his policemen and firemen the compensation they’ve earned?

If I was Vitter I’d put out a statement on Sunday that goes like this:

“He’s right not to want me elected. I’ll make his life a lot more difficult. I aim to force him to actually do his job for the people of New Orleans, instead of fiddling while that great city burns.”