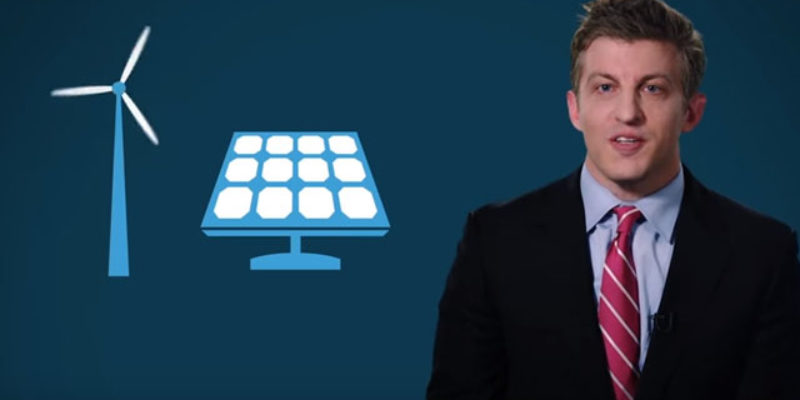 The short answer is “no.”

For two reasons – first, neither form of energy is concentrated into something that can be efficiently used; solar panels and wind turbines have to be absolutely ubiquitous to generate enough power to actually move the needle, and the cost of making them ubiquitous is prohibitive. And second, both are intermittent; the wind only blows when it wants to, and there is no solar energy at night or when it’s cloudy.

Neither one are even particularly helpful in the fight against global warming, as dumb as that is, because of what it takes energy-wise to bring them to market and to sustain against the intermittency problem.

Alex Epstein, from the Center For Industrial Progress, offers this handy tutorial to explain why neither one works as a matter of energy policy.

Interested in more national news? We've got you covered! See More National News
Previous Article VIDEO: Trey Gowdy On Face The Nation
Next Article And Now, Carving A Pumpkin With A Henry Rifle