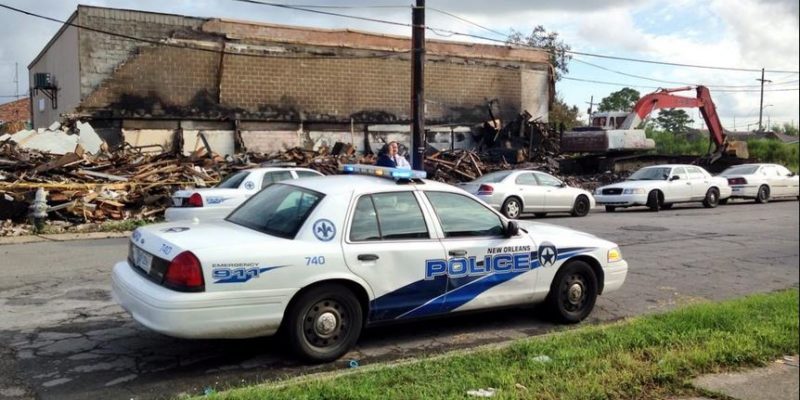 If you’re living in New Orleans and call the cops, just sit tight for a couple hours because chances are the New Orleans Police Department (NOPD) won’t be able to get to you in a timely fashion.

Yesterday, the Hayride reported how the NOPD is investigating a brutal beating of a San Diego man in the Marigny area after they did not show up to the crime scene for 45 minutes.

And, even when they did show up to the scene, the victim, suspect, EMS and New Orleans Fire Department had already left, so the NOPD was not aware that the victim was in the hospital.

On top of that, the Times Picayune apparently did not find it newsworthy, at first, to report on the incident of the NOPD’s apparent “lackadaisical attitude” towards the beating.

Well it seems this incident of victims waiting hours for help from the NOPD is not isolated.

In a new report (full of great graphical data by Dan Swenson) by the New Orleans Advocate, Jeff Adelson, Matt Sledge and David Hammer reviewed police response data over the last five years and it turns out, response times are quickly getting longer and longer at the NOPD.

Here’s what they found:

New Orleans police are taking more than three times longer to respond to a typical call than they did in 2010 as the department faces a crushing backlog that leaves callers waiting hours or even days for an officer to arrive. And it’s not just run-of-the-mill theft and petty burglary reports stuck in the queue. 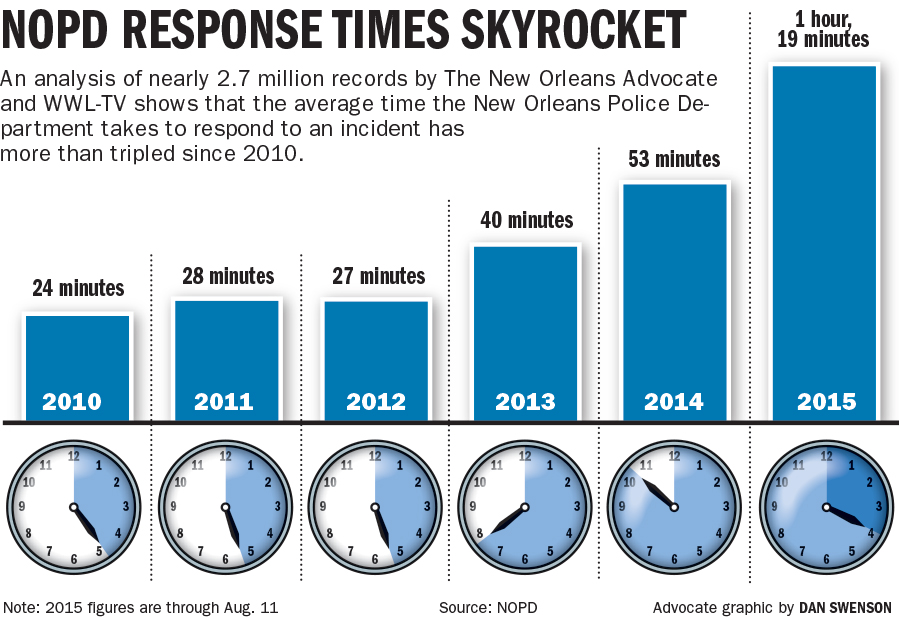 NOPD Police Chief Michael Harrison told the Advocate that the response times were “unacceptable,” but that does not stop the late response times from occurring across the city.

Particularly in the New Orleans East area (arguably the most dangerous area in the city), response times average to about 2 hours and 30 minutes. And if the 911 call was not considered “urgent” by NOPD, you can expect to wait about 4 hours and 20 minutes for NOPD to show up.

In the Algiers area, however, response times are much quick, averaging to a wait-time of about 45 minutes.

Though Mayor Mitch Landrieu largely blamed budget problems for the issues plaguing NOPD, he said in an interview with the Advocate that his administration has “started to build back one of the best police departments in the country…”

Interested in more national news? We've got you covered! See More National News
Previous Article The Low Popahirum, October 28, 2015
Next Article Here Are The Top Five Most Interesting Legislature Runoffs For Next Month