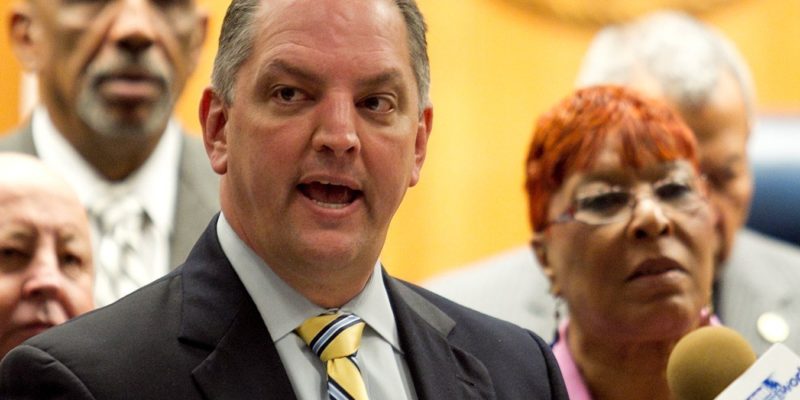 Recognizing that Louisiana is a ruby red conservative state, Democratic gubernatorial candidate John Bel Edwards has frequently sought to attract crossover Republican voters by distancing himself from President Barrack Obama and national Democrats claiming he would bring a centrist approach to the governor’s mansion.

Edwards desperately wants voters to believe he is a moderate who will “put Louisiana first.” But his history as a state lawmaker suggests he’s likely to behave differently. In fact, Edwards’ record shows his priorities and values are far closer the job-killing special interest groups bankrolling his campaign than they are to those held by most mainstream Louisiana voters.

Consistent with the playbook for Obama and many other Washington liberals, Edwards’ top two campaign contributors are plaintiffs’ lawyers and unions. During his legislative tenure, personal injury trial lawyers gave Edwards over $1 million.  In 2015 alone, they contributed over $685,000 in support of Edwards’ gubernatorial campaign, in addition to the $328,000 that they gave him from 2008 to 2014 while he served as their point man and spokesperson in the statehouse.

What’s more, John Bel Edwards is a trial lawyer by trade, and as a state lawmaker he aggressively opposed any attempt to bring fairness and balance to Louisiana’s broken legal system.  He also consistently supported bills to increase lawsuits and legal fees for his friends.

In 2010, he supported a bill that would have allowed trial lawyers working on contingency fee contracts to make hundreds of millions of dollars off of the state’s settlement with BP over the Gulf oil spill.

In 2012, Edwards opposed a compromise bill that sought to put environmental clean ups ahead of trial lawyer profits in contamination lawsuits.

In 2014, Edwards led opposition to every lawsuit fairness bill that was introduced, aggressively fighting against legislation that would:

In 2014, he also opposed reforms to increase transparency and accountability in the Louisiana Attorney General’s office and stood by AG Buddy Caldwell, even after widespread media reports revealed Caldwell routinely handed out lucrative legal contracts to his top campaign contributors.

Throughout his eight years in the Louisiana Legislature, Edwards put lawyers and legal profits ahead of jobs and the small businesses and employers who provide them.  It would be a mistake to believe he would do anything different as governor.