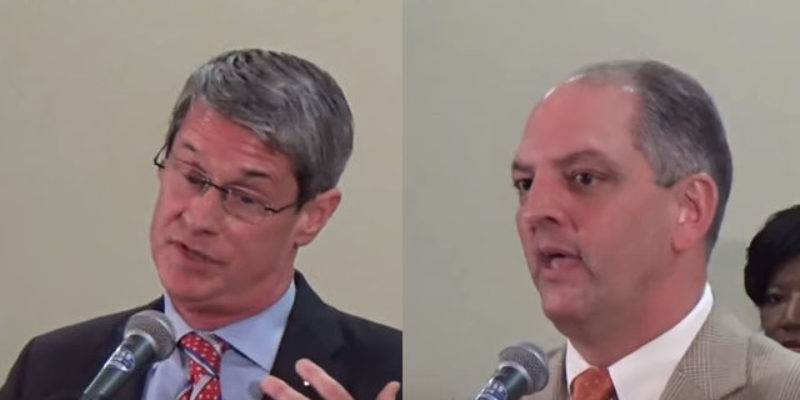 On November 21, Louisiana has a very important decision to make about the future policy direction of our state. I will leave out the American Idol comparisons and the character judgments. I could neither compete on Idol, nor would I have qualified to throw the 1st stone in the great story.

What I do know is that Louisiana is a small-government, conservative state, and on that ground we have a choice to make on the 21st.

I have had the pleasure of serving in the Louisiana House of Representatives for the last five years. Representative Edwards has served along with me, and he has not served as a small government conservative. In 2015 Representative Edwards authored HB 517, better known as “Medicaid Expansion.” If passed, the bill would have added 298,000 new people to Louisiana’s entitlement rolls. That number does not include the 89,000 that would be “crowded out” of private insurance and placed on Medicaid. This information can be found in the bill’s own fiscal note.

Louisiana is proud, and should be, of its long history of successful small businesses. Representative Edwards has a 23% lifetime “F” rating with The National Federation of Independent Businesses. The NFIB is an organization of Mom and Pop buinesses; they are Main Street, not Wall Street. In 2011 Representative Edwards was one of only four representatives to vote against SB 76. The bill prohibited government entities from requiring that private contractors use union labor to perform public works projects, which would have all but barred small businesses from bidding on those contracts. His history of union support over small business has been clear.

Again, I am not qualified as an American Idol judge, or according to the Good Book qualified to throw stones. I am writing about real policy issues, that if Representative Edwards would have his way will have long term consequences on how we do business in this state. The people of Louisiana have a history, based on our hard-earned experience, of rejecting government overreach into our lives and business.

On November 21, we have a choice. David Vitter has always fought to restrain government intrusion; he has a long record as a conservative leader. As a Louisiana conservative the choice could not be more crystal clear. The obvious choice for Louisiana’s future, the clear choice for Governor is – David Vitter!