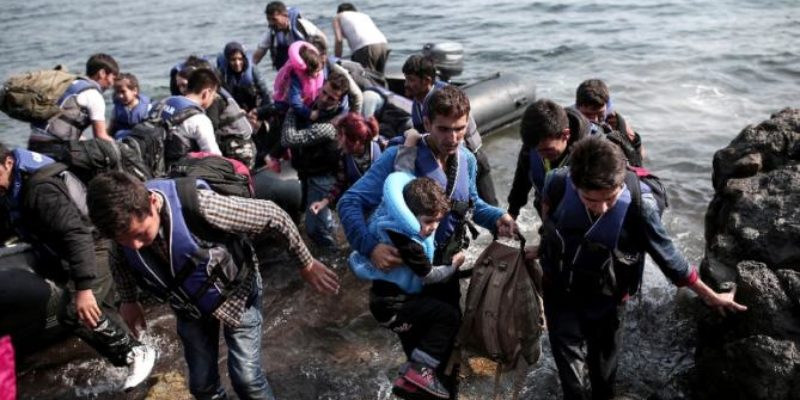 Nearly two weeks ago, the Hayride exclusively reported on Syrian refugees potentially resettling in the state, it seems that some 14 refugees have already resettled in the state, according to WWL.

Here’s the breakdown of where the Syrians have resettled in the state:

Also, the New York Times has released this map, showing exactly where all Syrian refugees between 2012-present have been resettled in the country. Take a look: 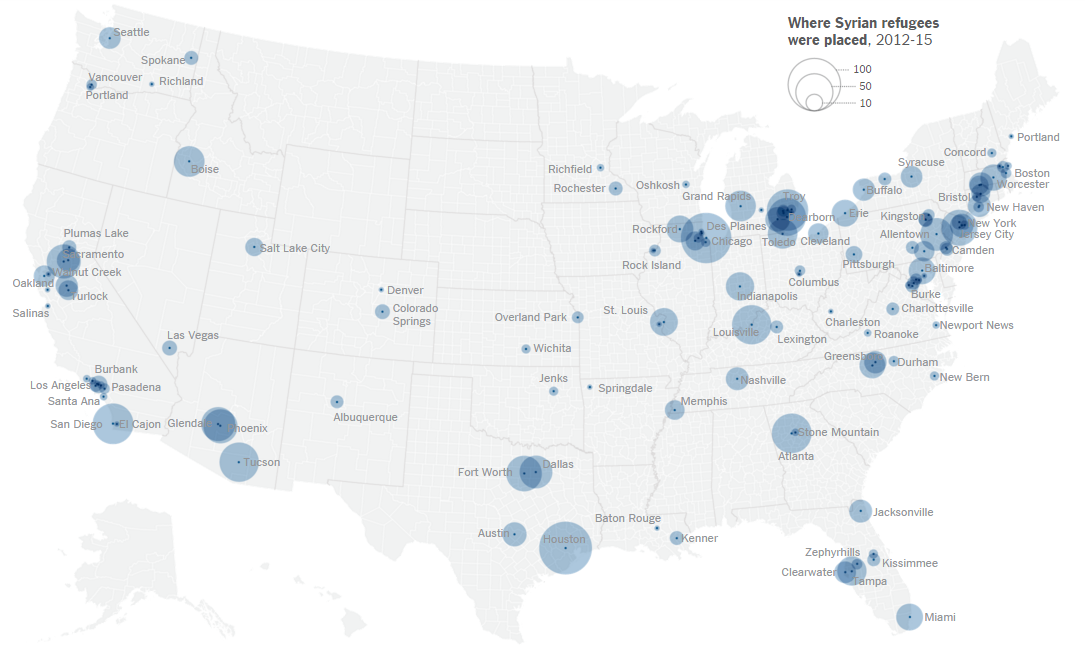 With the help of Catholic Charities, which receives federal grant money from the U.S. Department of State/Bureau of Population, Refugees and Migration to help resettle refugees, the refugees are first flown to the country with the State Department paying the International Organization for Migration (IOM) for the airfare.

Then, once the refugees arrive in the country, they could be dispersed across the 180 cities listed above (which includes Baton Rouge, Lafayette and Metairie), where they are to aided within the first 30 to 90 days in settling and finding employment in the area.

WWL, the Times Picayune and WBRZ have all claimed that “the blogs” or “many blogs” have stated that 10,000 Syrian refugees had already arrived in New Orleans.

In the Hayride‘s initial report, almost two weeks ago, we reported about a Dept. of Homeland Security “list of 180 cities in the country where 10,000 Syrian refugees may be resettled.”

After our exclusive report, FOX8 and WAFB both wrote up stories on how a small number of Syrian refugees had began arriving in New Orleans.

And though WWL, WBRZ and the Times Picayune have not covered the Syrian refugee crisis until after the Paris terrorist attacks, (The Hayride has been reporting on this issue for weeks now), it is not unrealistic to mention that once a few refugees resettle in an area, trends show that hundreds and even thousands of refugees usually end up resettling in the same area.

If the Louisiana media had a clue, they would know that the state of Minnesota started with a small dosage of Somali Muslim refugees, as noted in the Hayride‘s special report. Now, over the course of a decade, there are more than 30,000 Somali Muslim refugees living in the state, changing the demographics of the area dramatically.