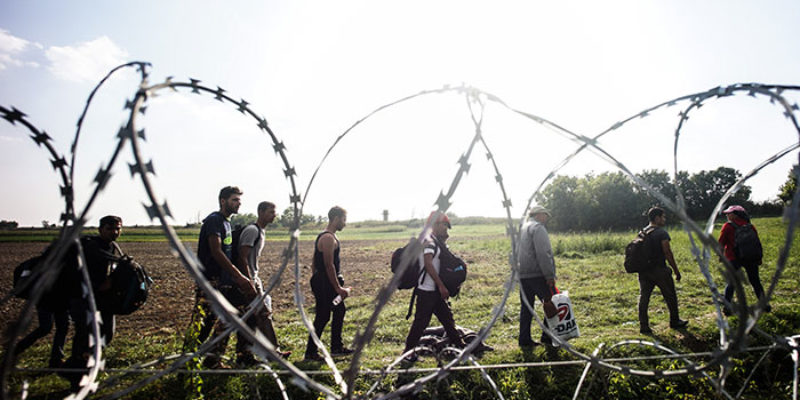 Last week, the Hayride exclusively reported how Baton Rouge, Lafayette, Metairie and even New Orleans residents could soon see a flood of Syrian migrants in their area.

Catholic Charities in each of the Louisiana cities have a federally-funded Migrant and Refugee Services (MRS). And in New Orleans, Syrian migrants have already started to arrive and Catholic Charities expect many more to come.

In order to understand the impact that migrants, immigrants and refugees from opposite cultures have on their surrounding communities, trends about other migrant groups across the country must be followed, as the government rarely releases reliable data on immigration and migrant issues.

For this report, the Hayride has researched extensively the Somali migrant population in Minnesota’s 5th Congressional District.

Minneapolis, MN has become the capitol of Somalis in the United States, along with the city of St. Paul. Approximately more than 30,000 Somalis now live in the state of Minnesota and Somalis have managed to retain their culture in the area, transforming the state’s 5th District.

The media continues to argue that demographics do not largely change because of mass migration, which has proven to be a preposterous notion.

In Minnesota’s 5th District, the first Muslim Congress Keith Ellison was elected in 2004 to Congress. This directly correlates with the influx of Muslim Somali refugees who began to arrive in the area back before 2004.

However, the narrative by the national media tends to be one where immigrants and migrants are portrayed as coming to America and not taking any sort of federal government help. In our research, we found that to be the biggest fallacy of all when it comes to the immigration and migrant issue.

This data is largely in-line with the numbers out of Minnesota involving the large Somali migrant population.

In Minnesota, the majority of Somali refugees arrive without family ties in the state. And because the state, one controlled by Democrats, has a slew of generous welfare services, Somali migrants do not have a good track record of working in the state.

Though the issue is hardly reported on and barely mentioned by the national media, national security is undoubtedly an issue that comes along with the mass migration of refugees into the United States.

In fact, to note how under-reported national security is when it comes to mass migration, the Washington Times is one of the only newspapers in the country to report on the impact that Muslim migrants have on national security.

Among the Minnesota Somali population, they are the most likely to be targeted by Islamic terrorist groups, ranging from the Islamic State to al-Shabab, which is a Somali-based group with ties to al Qaeda.

The convictions of Somali-Americans, American converts to Islam in the area or Somali refugees have been widespread and vast for collaborations with Islamic terrorist groups.

For example, earlier in the year, al-Shabab claimed responsibility for the warning that was put out to be aware of a terrorist attack on the Mall of America in Minnesota.

An FBI spokesman in Minneapolis told the Washington Times that there has definitely and without a doubt been a huge targeted effort by terrorist groups on the area, whether to convert youth or persuade them to join jihad efforts through social media.

Also, the spokesman said the FBI has been involved in “major investigations” into the efforts since 2007, as Somali migration to the area continues on a slow and steady growing pace.

In fact, since 2008, more than 40 men from Minneapolis have joined jihad efforts. Examples include a young man who was recruited by jihadists in Minnesota and died in Syria last year while fighting for the Islamic State.

Another example involves a Minneapolis man who joined the al-Shabab terrorist group and blew himself up as a suicide bomber at the Ethiopian consulate in Somalia in 2009. The man ultimately killed 24 people in the terrorist attack.

Minnesota’s solution to the growing number of Islamic State converts in the state: More welfare programs.

Once mass migration an area begins with a particular group of refugees, the migration seems to never end.

The media and liberal pundits often argue that 10,000 Syrian refugees coming into the country will not have any impact because it is a small amount when compared to the population of the entire country.

However, as migration trends point out, once there are 10,000 Syrian refugees in the country, the number could grow eventually to hundreds of thousands of Syrian refugees over the course of a decade.

In Minnesota, Somali migrants have been arriving in the state through mass migration efforts since sometime before 2003. Since, though there was a slight dip in migration in 2008, the state has taken in more Somalis than any other state in the country.

The number of Somali migrants in the state has more than tripled in the last four years. And even Somalis who were resettled in other states have moved into Minnesota to join the massive Somali population in the area.

In the Minneapolis school district, Somali student enrollment is up 70 percent since 2011. The school system’s public school food assistance program has doubled in the past five years because of mass migration which does not appear to be ending in the area anytime soon.

Though mass migration is downplayed by the national media as not having a lasting impact on areas and communities, the numbers and facts show otherwise.

It is ultimately American taxpayers that have to deal with the threat of terror attacks, the increasing cost to pay for entitlement and welfare programs, tax burdens and never-ending mass migration and the changing demographics that come along with it.