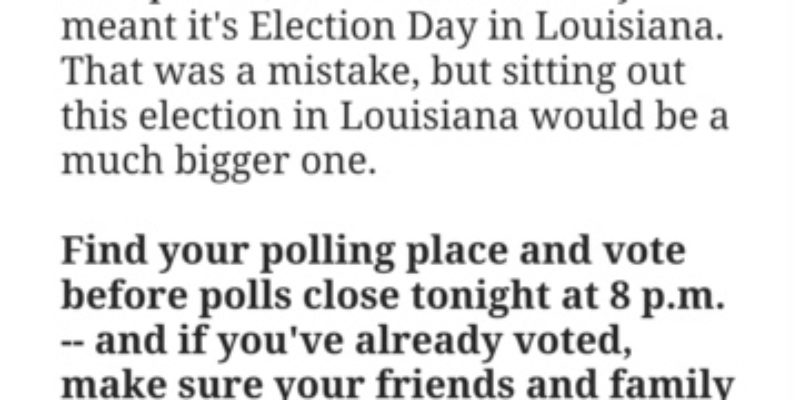 We’re going to launch the Hayride’s Election Night LiveBlog shortly after the LSU football team fires (or so it appears) Les Miles up in Oxford.

In the meantime, though, we thought this would be more entertaining than the Tiger special teams. It’s from Hillary Clinton to Louisiana’s Democrats… 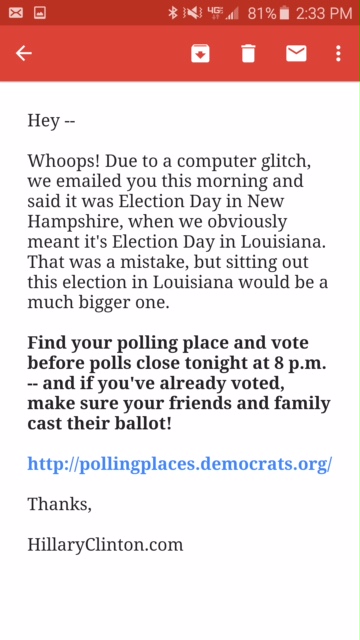