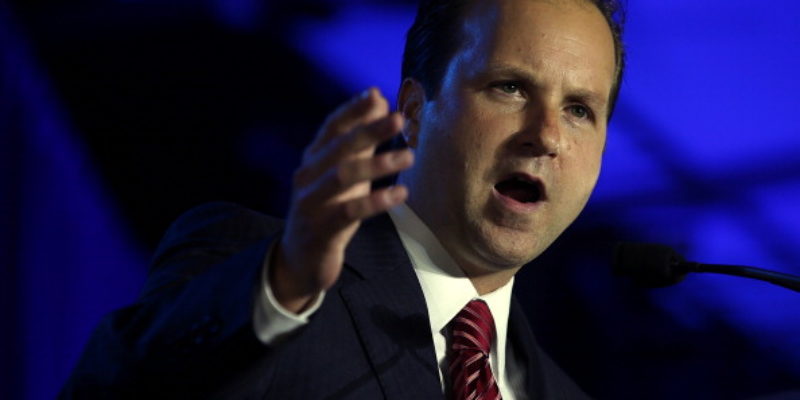 For years, Rep. Edwards has turned his back on ‘Mom and Pop’ shops, start-ups, and essential businesses and industries in our state.  With an appalling 23% lifetime rating from the National Federation of Independent Business (NFIB), John Bel has carefully and meticulously voted against bi-partisan efforts to strengthen Louisiana’s economy.  When hardworking Louisianans were depending on us to come through in the clutch, Edwards unapologetically put the Democratic Party’s agenda – bigger government, more regulations, and higher taxes- first.

From emphatically backing efforts to expand President Obama’s failed healthcare boondoggle in Louisiana to waging war against important tax cuts for business owners, John Bel Edwards made it abundantly clear during his tenure in the House that if he wasn’t getting ahead – no one else was either.

As we dust ourselves off from the Great Recession and battle the economic challenges created by changes in key industries like oil and gas, we must do everything in our power to keep Louisiana growing. We need pro-business, pro-jobs, pro-growth leadership in the Governor’s Mansion to keep the Bayou State competitive.  We need to move forward.

As consumers, we choose hotels, restaurants, and automobiles based on reviews.  And as Louisiana voters, we should pick our next governor based on his past performance too.

I’m proud to support Senator David Vitter for governor because he’s a proven champion for the small business community.  In the State House, Congress, and now the U.S. Senate, David has consistently fought for small business owners like me.

With a 98% lifetime rating from the NFIB, Vitter – like Ronald Reagan – knows that “Entrepreneurs and their small enterprises are responsible for almost all the economic growth in the United States.”

In the Senate, Vitter stood up to Harry Reid and his cast of liberal lapdogs.  He voted to repeal Obamacare, reject Dodd-Frank, and reform the U.S. Tax Code.  As Chairman of the Senate Committee on Small Business & Entrepreneurship (SBC), David Vitter worked to give the business community hope.  As governor, we can expect him to do the same.

Scorecards like report cards tell you a lot about the past but also paint a vivid picture of the future.  As we approach the November 21st election, Louisiana voters can take comfort knowing that they don’t have to guess at the ballot box this year.  When it comes to fostering business growth and opportunity, David Vitter is on the honor roll.  Sadly, John Bel Edwards is still trying to pass the first test.

Paul Hollis is an award-winning author, small business owner, and rare coin expert who serves the people of District 104 in the Louisiana House of Representatives.

Interested in more national news? We've got you covered! See More National News
Previous Article VIDEO: Beat A Democrat, Watch Him Make An Ass Of Himself In His Concession Speech
Next Article UPDATED: John Bel Edwards On Common Core: ‘I’m Okay With Those Standards’