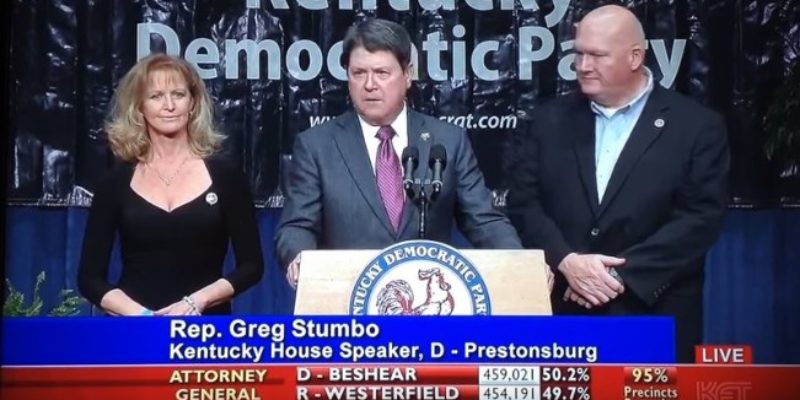 Here’s some funny stuff from last night’s shocking Republican victory in Kentucky, in which the antediluvian Tea Party savage Matt Bevin unexpectedly trounced the modern sophisticate Democrat Jack Conway by a 52-44 count the pollsters were unprepared for (the RealClear Politics average in the race had Conway ahead by a 44.3-41.3 margin). Greg Stumbo, the Democrat Speaker of the House, was addressing a somber gathering of Kentucky Democrats on Election Night, and offered some rather eclectic thoughts on elections, the Bible and Hillary Clinton.

Perhaps the most interesting item in the victory of the antediluvian Tea Party savage Matt Bevin over the modern sophisticate Democrat Jack Conway is that the bottom half of Bevin’s ticket is a woman named Jenean Hampton – who is now the first African-American statewide office holder in Kentucky history.

Hampton, as it happens, is a Republican, and a Tea Party Republican at that.

No wonder Stumbo was stumbling.