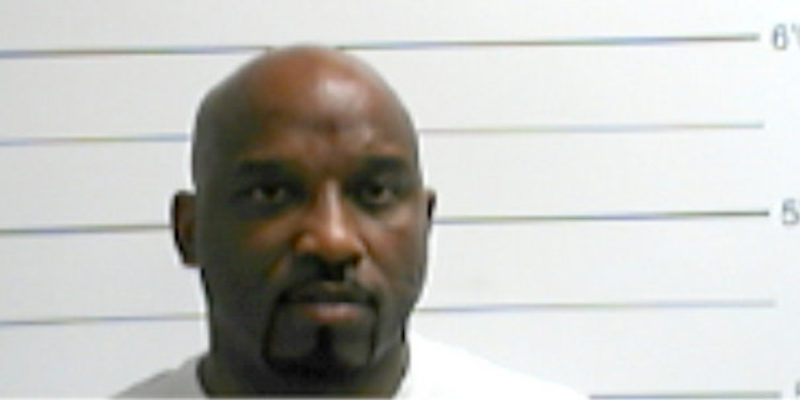 The Times-Picayune has more:

Brown, 44, was arrested and charged with domestic simple battery following the incident, which police said took place around 9:40 p.m. According to police, Brown and a woman were arguing inside his hotel room. She and a female friend left the room and were waiting for an elevator, police said, when Brown walked up and started arguing with the woman’s friend.

The woman stepped in to stop the argument, police said, and Brown “struck the victim with a closed fist in her right eye.” She had “minor swelling” to her face when police arrived to investigate.

Brown was booked early Sunday morning and is expected to appear in court Monday after posting bond.

If you’re thinking that Brown is going to man up, take responsibility for his actions, and possibly even resign his State Senate seat; you’re wrong. Brown is blaming this for his violent temper:

Sunday night, Senator Brown described a different series of events than police. Brown said he was at a Bayou Classic after party with friends at the Hyatt when he got into an altercation with two or three people.

Brown said he didn’t remember the details of what happened in an emailed statement. He said he was in a serious car accident in 1991 that left him with brain damage and because of that suffered from minor bouts of short-term memory loss.

Brown went on to say “because of this incident and other recent memory concerns” he plans to see a neurosurgeon to see if “social alcohol consumption” is making his memory problems worse.

“I apologize to my family and my constituents, and I commit to getting the help I need to resolve the medical issues which I believe contributed to this incident. From the first moment authorities were called I have cooperated fully with them and will continue to do so,” Brown said in his email.

But those “memory concerns” aren’t enough to not serve in the Louisiana State Senate. Brown needs to man up, take responsibility for his actions, and resign his State Senate seat. If Brown isn’t enough of a man to do that, he needs to be removed from the State Senate.

We cannot have brain damaged State Senators who run around beating up women after the Bayou Classic.

Interested in more news from Louisiana? We've got you covered! See More Louisiana News
Previous Article The Low Popahirum, November 30, 2015
Next Article EXCLUSIVE: This Is What Happened At An Anti-New Orleans Monuments Protest