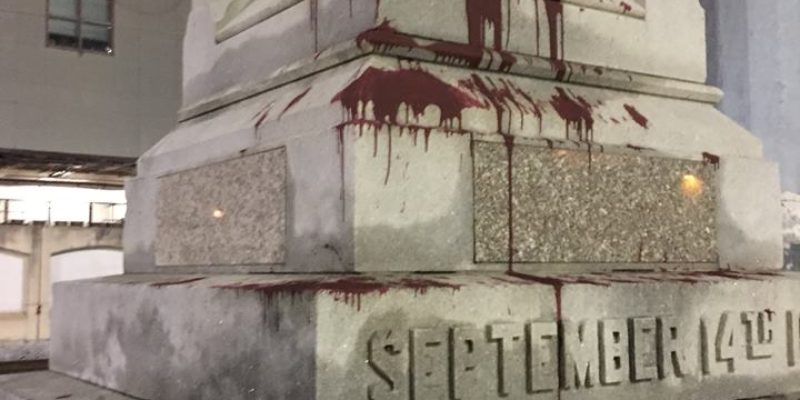 During a protest at four different historical monuments in the city of New Orleans, statues and monuments were vandalized with KKK hoods and blood.

The group that led the “Action Jackson” protest is TakeEmDownNola which is calling for the removal of what they perceive as “symbols of white supremacy,” which includes nearly every historical monument in the city.

Here are all three protests caught on camera:

Also, here are some photos of the public vandalism at the protests: 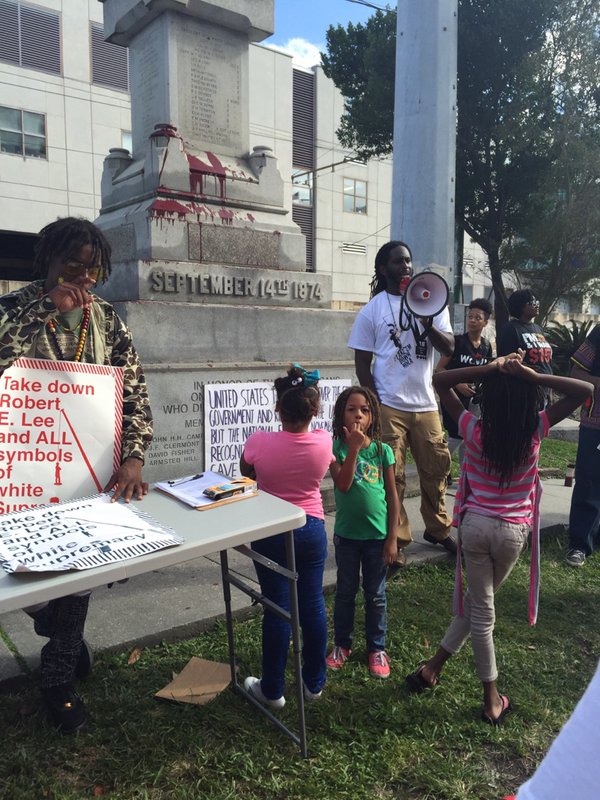 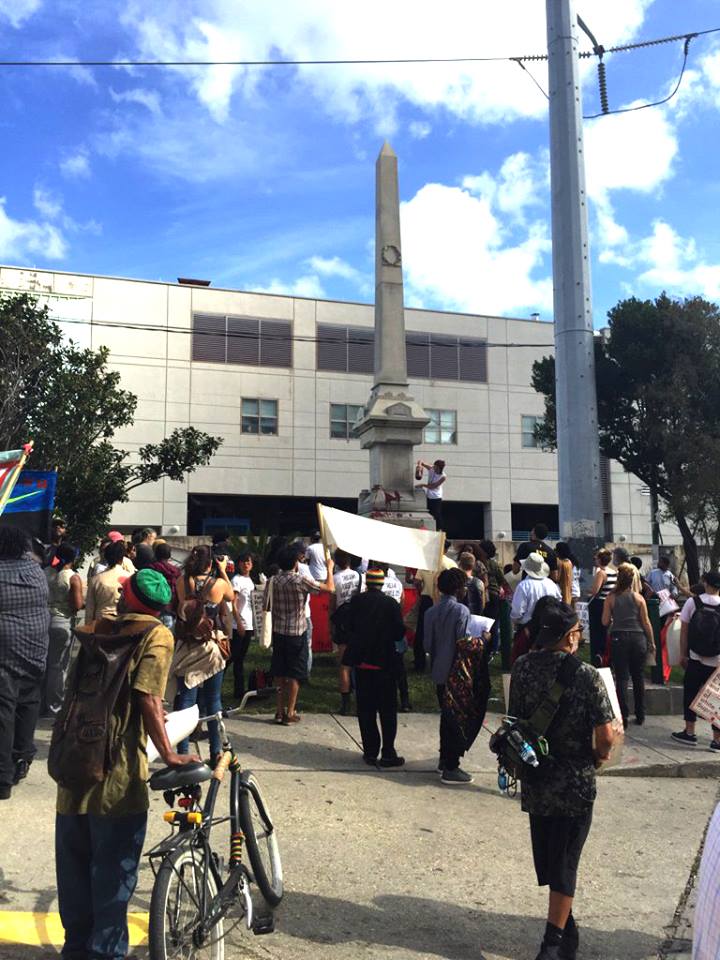 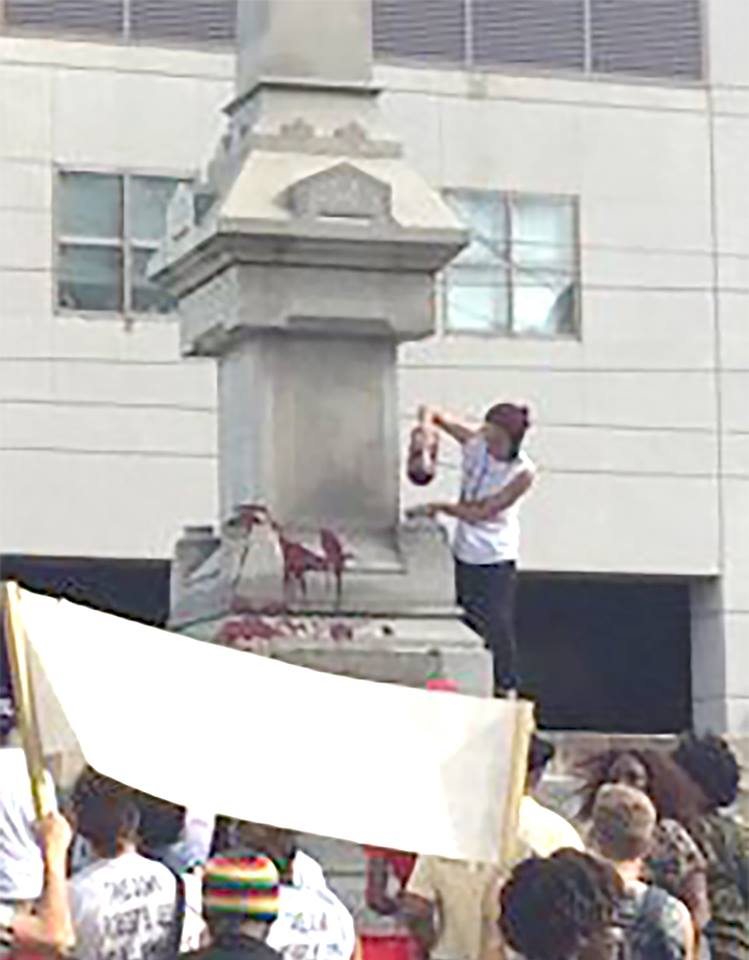 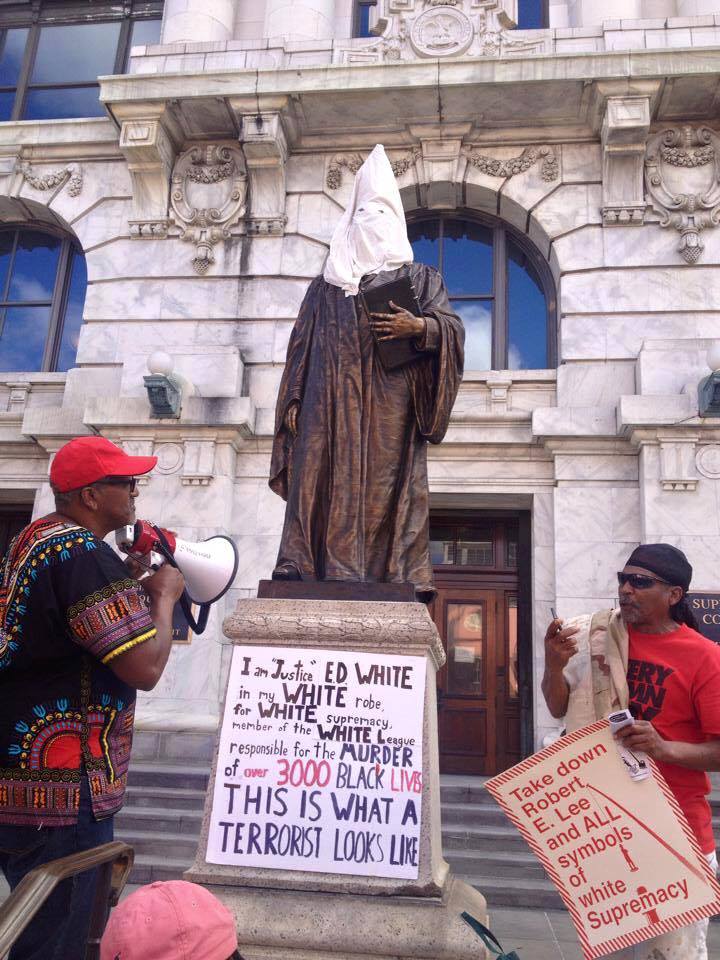 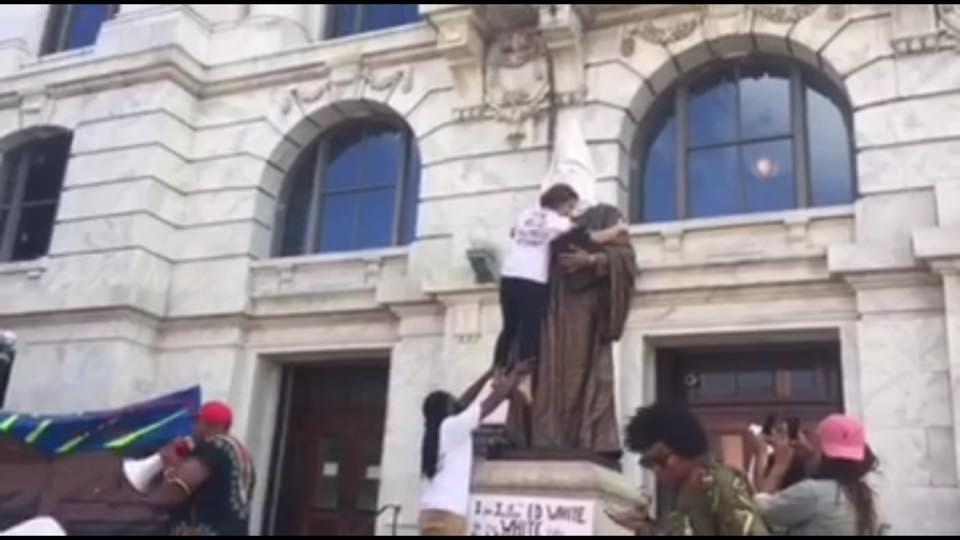 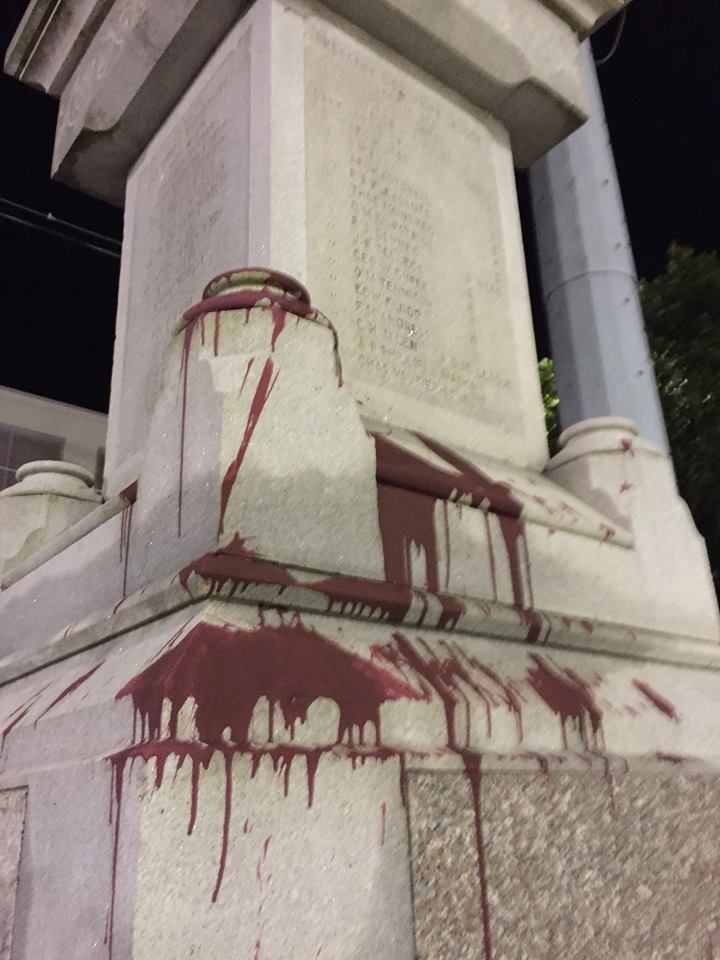 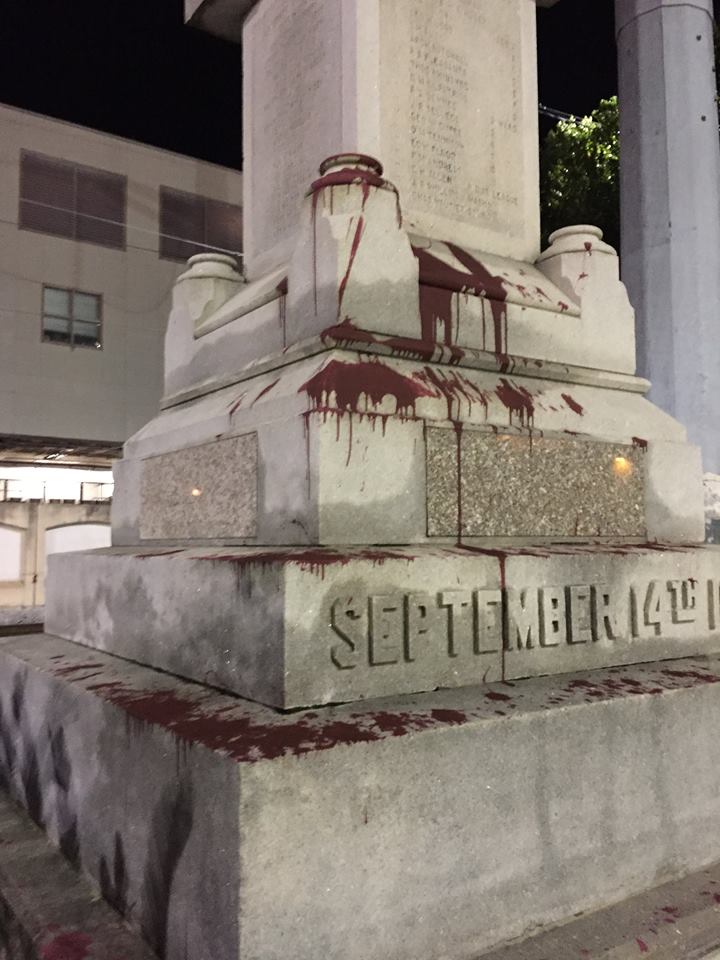 Also, a source close to the Hayride said he visited the Liberty Place monument, which was covered in blood, after the protests and found this written on the monument: 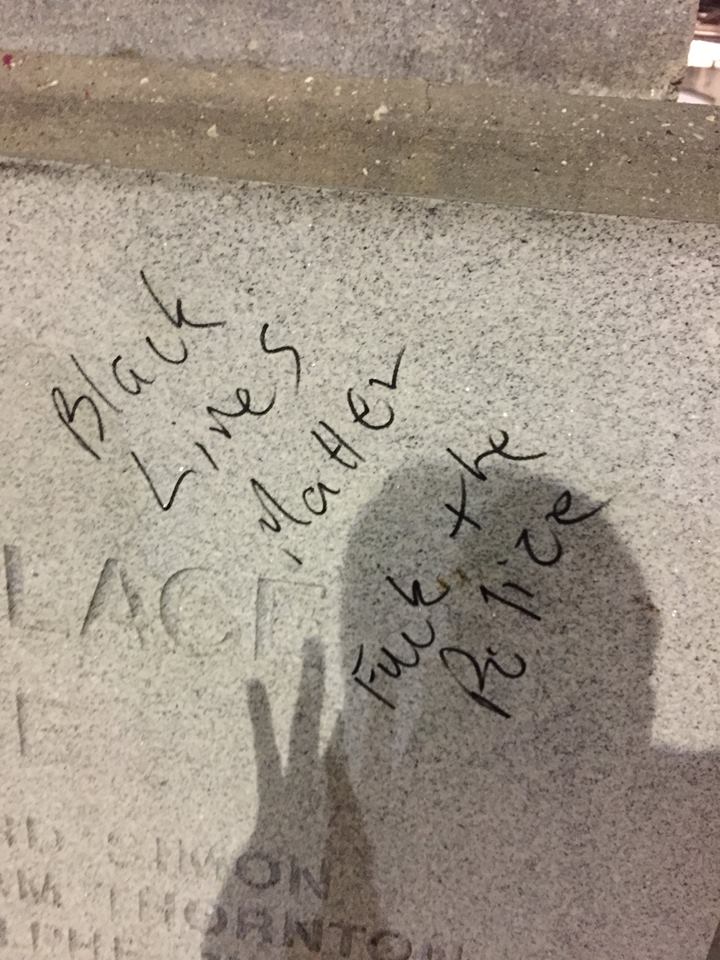 The ‘NOLA Clergy’ group, which consists of a slew of clergy members from around the area, sent out their support for the protests and vandalism via Twitter: 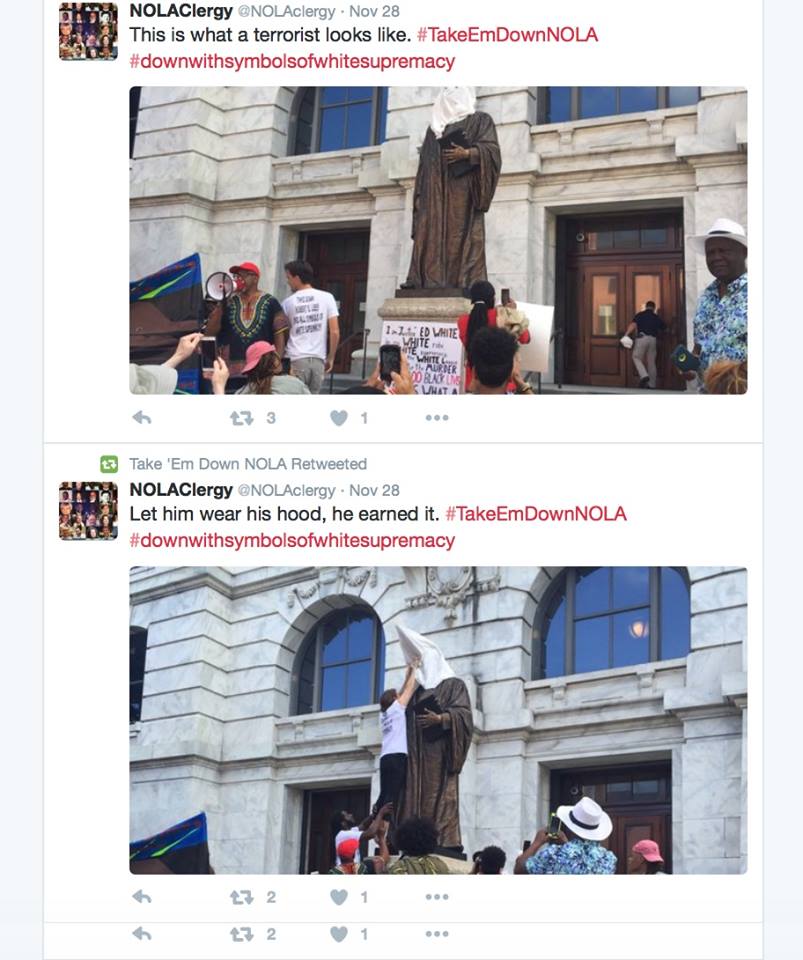 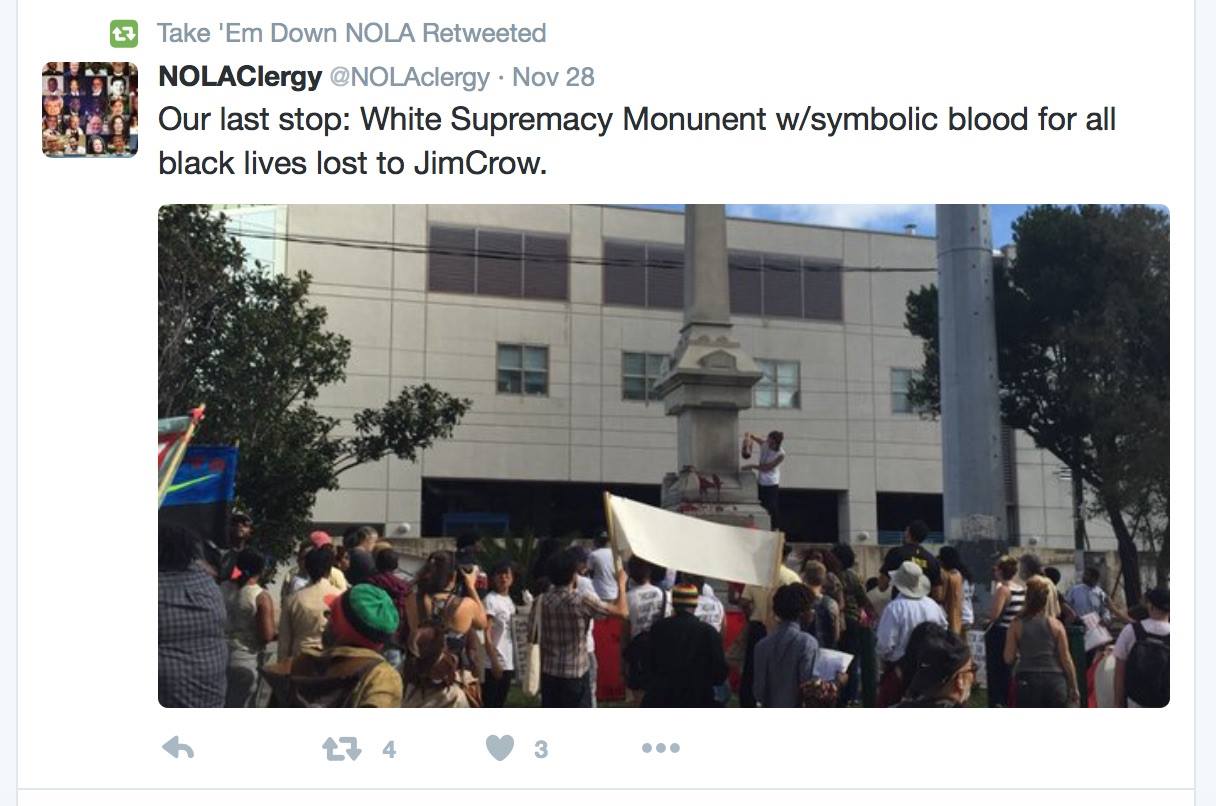 As seen in the video footage above, protesters claimed that the city spends thousands of dollars on the upkeep of the monuments. However, that money spent by the city to keep up the monuments has only come after Mayor Mitch Landrieu called for the removal of four historical monuments.

The Monumental Task Force, a local non-profit organization, has been taking care and keeping up all monuments in New Orleans for over a decade with no expense to the taxpayer.

As reported previously by the Hayride, though, the city may have purposefully spent thousands of dollars on the upkeep of the monuments just this year, only to later claim that the statues are a burden to taxpayers.

However, as the Hayride reported, the supposed “unrest” at historical monuments in the city has only come after Landrieu demanded the monuments be removed.

Before Landrieu requested the monuments to come down, there were no recorded violent protests occurring that targeted specific historical monuments.

#BlackLivesMatter vandalism, like the vandalism above, at the PGT Beauregard monument came after Landrieu called for monuments to be removed.

There has, so far, been no response by the NOPD to the public vandalism.

Follow this developing story right here with how NOPD said they do not know of the protest/vandalism.