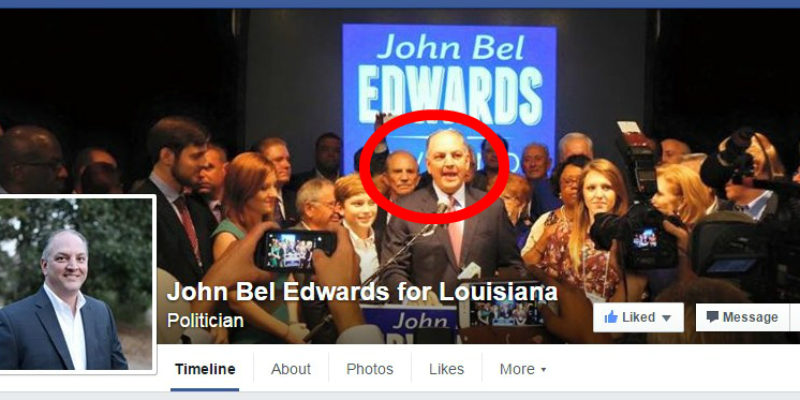 Donald Hines, former Louisiana Senate President, stood over John Bel Edwards’ right shoulder as he gave his speech after making the run-off for Governor. A picture from that night is proudly displayed as the cover photo on the John Bel Edwards for Louisiana Facebook page.

During his time in office Hines proposed a “Cloning Ban” that did not ban all cloning.  According to LifeIssues.net:

“The current state law, which is set to expire on July 1, bans “the practice of creating or attempting to create a human being” through cloning technologies but does not ban cloning for research purposes. The Louisiana House Committee on Health and Welfare earlier this month approved 10-1 a bill (SB 298), sponsored by Sen. Donald Hines (D), that would extend that ban for an additional three years. The Louisiana Senate approved the measure last month. The total cloning bill, which is sponsored by Rep. Gary Beard (R), is supported by a coalition of groups, including the Catholic Church in Louisiana and several anti abortion groups, and was drafted with the help of Dorinda Bordlee, national legislative counsel for Americans United for Life. Hines, who is also a medical doctor, said he had not seen Beard’s bill and could not comment on it but added that he was concerned that the measure could be an attempt to ban all stem cell research (Kaiser Daily Reproductive Health Report, 5/21). “

“During my tenure in the House of Representatives, I led a coalition of conservative legislators who dedicated themselves to ending a horrible practice that was allowed by state law — the cloning of human beings. Our valiant efforts were continually thwarted by liberal members of the House and Senate – two of whom were on the podium standing with John Bel Edwards – Karen Peterson and Donald Hines. These two people fought to allow the destruction of human embryos and the continuation of the atrocity of human cloning — and now they have become the confidants of John Bel Edwards. This certainly raises the question of his commitment to being pro-life!”

As of now I have not gotten a response. 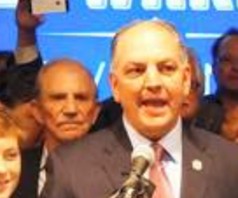 Just for kicks I researched if Hines had donated to Edwards. Hines has donated on more than one occasion to John Bel Edwards.

According to the Louisiana Right to Life Federation:

* In 2009, Rep. Edwards offered an amendment (#2610) that weakened HB 517, the “Healthcare Rights of Conscience Act”.  Louisiana Right to Life elected not to score that vote due to confusion in the legislative body about the issues at hand, but we disagreed with Rep. Edwards’ position and opposed his amendment at the time. 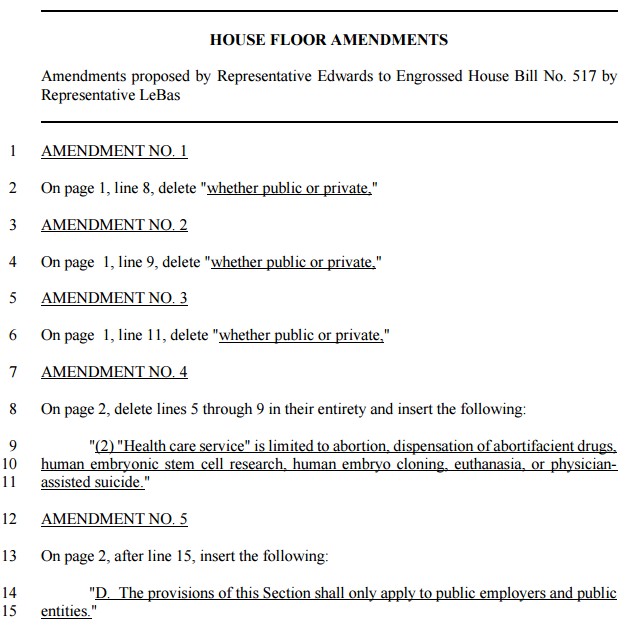