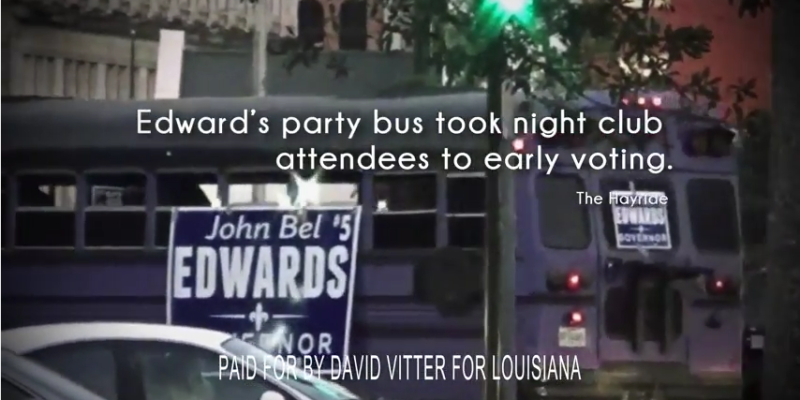 After the Hayride‘s exclusive report on State Rep. John Bel Edwards’ campaign rally at a scandalous New Orleans night club, Sen. David Vitter (R-LA) is now using the report to attack Edwards on his skipping out on a social issues debate that same day.

Take a look at the ad here:

The Hayride‘s exclusive report has also been used in Rick Santorum’s latest robocall for Vitter, in which the conservative points out how hypocritical it is for Edwards to promote himself as being morally above Vitter.

Here’s what Santorum says in the robocall: