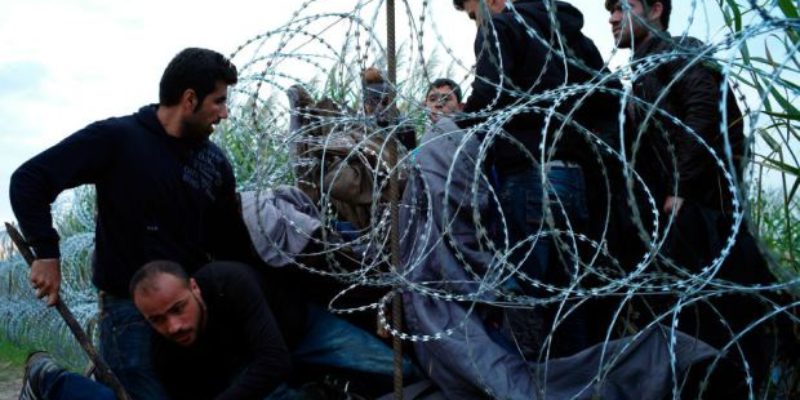 Since the Paris terrorist attacks by Islamic terrorist, the Syrian refugee crisis has been catapulted into the spotlight, especially after the Hayride‘s report of refugees already entering into the state.

In the gubernatorial race in Louisiana, there could not be a starker contrast between Sen. David Vitter (R-LA) and State Rep. John Bel Edwards.

Vitter has always been against bringing Syrian refugees into the state and since, he has reiterated that stance and has called that the Obama administration immediately stop sending refugees to the state.

Edward’s on the other hand, said he would essentially cooperate with the Obama administration on bringing Syrian refugees to the state. Then, Edwards later said that the influx of refugees coming in should be paused, referring to the State Department’s screening process of refugees.

This special report by the Hayride will look at how effective the State Department’s screening process really is, considering Edwards is putting a lot of faith in the federal government to bring in refugees.

The most infamous terrorists in recent United States history are Dzhokhar and Tamerian Tsarnaev, also known as the Boston Bombers.

The Tsarnaev brothers were political refugees that went through the State Department’s screening process. The Tsarnaev brothers’ parents arrived “in the U.S. on tourist visas in 2002 and then claiming asylum on the basis that their ties to Chechnya could expose them to persecution back in Russia. Once their parents were given asylum, the two boys and their sisters were able to also receive asylum by extension,” according to the Daily Caller.

The Tsarnaev family was then granted permanent legal status in the country in 2007, despite multiple red flags citing that the Tsarnaev brothers were jihadists.

The terrorist that never get reported about are the ones which enter the country as “refugees” and then leave the country to execute terror attacks for Islamic terrorist organizations.

As the Hayride previously reported in our special report on how mass migration could change the country, Somali Muslims in Minnesota are more likely to convert to jihad than any other migrant group in the country.

The Washington Times noted earlier this year the multitude of problems that have come along with the mass migration of Somali Muslims to Minnesota.

For example, since 2008, 40 men from Minneapolis have joined radical Islamic groups after they were enticed through social media by jihadists.

Last year, Douglas McAuthur McCain, an American-born man, converted to jihad thanks to the help of radical Somali Muslim refugees in Minnesota, left the country and died in Syria fighting for the Islamic State.

In 20o9, Troy Kastigar, a young man from Minnesota, posted a recruiting video for the terrorist organization known as al-Shabab. Soon afterwards, he was killed in Somalia while fighting for the Islamic State.

Also in 2009, a Somali Muslim refugee living in Minneapolis converted to jihad, joined al-Shabab, left the country, then went to Somalia and blew up the Ethiopian consulate via a suicide bombing.

To deter the conversion of Somali Muslim refugee and American youth to jihad, the state has simply increased their entitlement program benefits.

Up until 2013, Rwanda native Beatrice Munyenyezi had been living as a political refugee in New Hampshire since 1998.

Then, more than half a decade later, Munyenyezi was exposed for lying about her role in the Rwandan genocide in which 800,000 Rwandan Tutsis were slaughtered.

Turns out, Munyenyezi fought to help kill Tutsis in the Rwandan Genocide. Yet, the State Department’s screening process did not catch the error when Munyenyezi was first admitted to the US and she was able to fly under the radar between 1998-2013 in New Hampshire.

In 2010, Mohamed Osman Mohamud, a Somali Muslim refugee living in Oregon, attempted to bomb a Christmas tree event in Portland using a remote-detonated car bomb. However, the car bomb was given to Mohamud by CIA agents posing as members of Al Qaeda terrorists.

Mohamud’s family had been resettled years before the terrorist plot in Oregon by the Ecumenical Ministries of Oregon.

As reviewed by our analysis, the supposed rigorous State Department screening process for refugees is actually not rigorous or trustworthy at all. It essentially goes like this: ‘You look like a nice person, so you can get on the plane to America!’

For Edwards to put this much trust in the State Department’s screening process can be considered entirely naive, as it has failed repeatedly over the last decade.