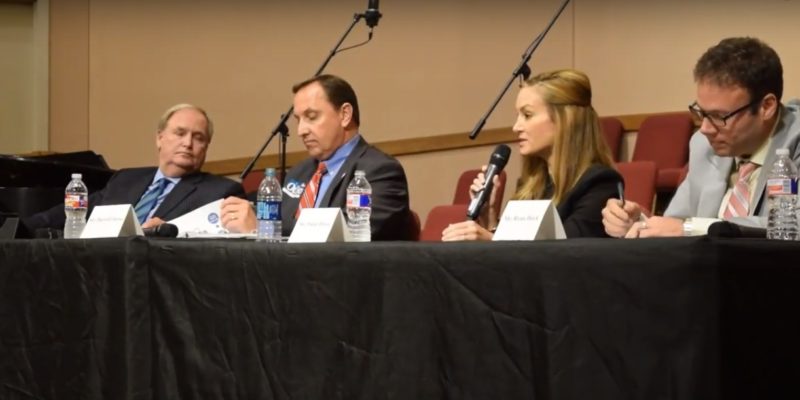 At a recent forum hosted by Woodlawn Baptist church the candidates were asked what they thought the biggest problems were facing their district and the state as a whole. The candidates agreed that the budget, transportation, and education were the top 3 issues. Some of what the candidates said is quoted below and you can watch their full statements in the videos at the end of this post.

“Traffic. I passed Act 358 which is to provide for our new Mississippi River Bridge in the Capital region. We would used GARVEE Bonds to do so.”

“Budget, transportation, and also looking at education we provided the Common Core Compromise. Common Core becomes the default standard in our schools and if we can come up with better standards we will put that in place.”

“Number one is the budget.”  One solution she proposed was “un-dedicating some statutory dedications.” “Another big issue is education. We have been fighting with education for decades. ”

“We have to work with firms like the Associated Builders and Contractors, the Unions, community and technical colleges to make sure that we are training a workforce that’s ready when they graduate from High School. We need to make sure they are training our kids to be prepared to enter universities.”

“Traffic, education, and the budget. 14 cents of every dollar we send to DOTD actually gets spent on concrete, rebar, and steel and asphalt. That’s not effective. That bucket has a giant hole in the bottom of it. I’m absolutely for prioritizing transportation spending but we have to fix the bottom of the bucket in the Department of Transportation and Development. We absolutely must build a southern bridge.”

“Other issue, education, we have to restore accountability in the system.”