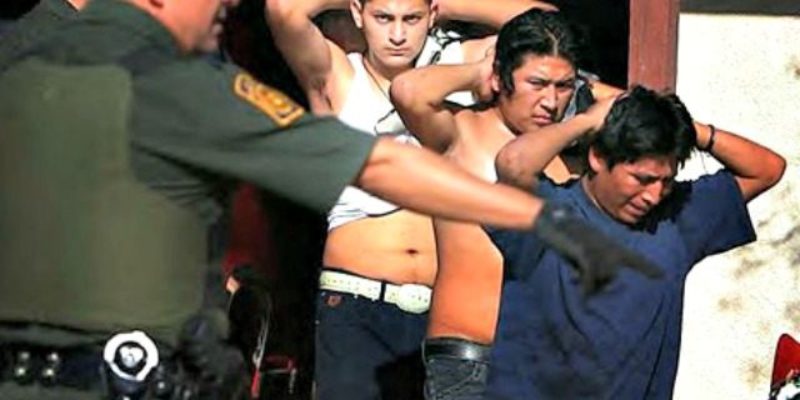 The microscope that has been put on illegal immigration throughout this year may finally be getting some results.

In four Western states in the country, United States Immigration and Customs Enforcement (ICE) agents have rounded up and are looking to deport roughly 235 immigrants with criminal backgrounds.

Of those 235 immigrants in custody with ICE, 111 of the them were detained from Utah. Another 94 of the arrests were made in Nevada, 34 in Idaho and 1 in Montana.

ICE officials took the immigrants into custody last week and the majority of them, 95 to be exact, are from Mexico. Another 4 were from Guatemala, 4 more from Honduras, 2 from El Salvador, 2 from Peru, 2 from Somoa, 1 from Brazil and 1 from Tonga.

According to ICE officials, the 235 immigrants detained had criminal records previously in their home countries. Some of those crimes involved violent crimes such as assault and child sexual assault.

In particular, 2 of the immigrants detained in Utah had previous convictions of sexual assault. Another from Mexico was convicted of “continuous sexual abuse.”

ICE has deported nearly 316,000 immigrants across the country in Fiscal Year 2014.

Interested in more national news? We've got you covered! See More National News
Previous Article CANDY MANESS: A Letter To Louisiana’s Voters
Next Article The Map That Shows How Much Control Republicans Have Over The Country Now