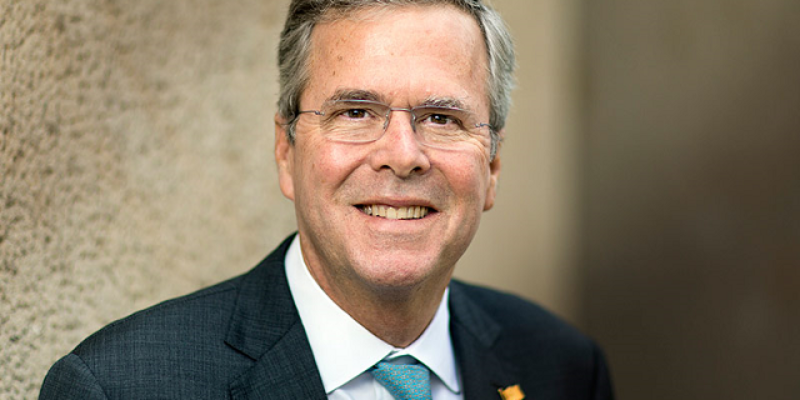 ….and it’s a very good one. If I’m not mistaken, Jeb Bush is the first Republican candidate to roll out a Louisiana team.

The thing though is that Jeb is struggling and probably has no hope of recovery. Yeah he’s still strong and still rising in New Hampshire, but if you’re an establishment Republican why would you back Jeb if you could back a younger, more polished package in Marco Rubio?

Jeb Bush’s presidential campaign has named several well-respected Republicans to his state leadership team as it prepares to compete for delegates on March 5.

“Especially given recent events, the Republican Party must unite behind a candidate with the experience and judgment to lead our nation in the War on Terrorism. Jeb Bush has proven he has the knowledge and ideas to defeat our enemies and keep our nation safe,” said Brister.“We can’t nominate someone who lacks the seriousness to face our enemies, or a track record of successfully managing massive organizations. Jeb can get the job done, and I am proud to support him.”

Leading the fundraising efforts in Louisiana will be Joe Canizaro, Boysie Bollinger, and James Davison.

“On domestic issues, Jeb Bush is second-to-none in terms of the policies he has rolled out to fix our national economy, unleash America’s energy production potential, and erase the harmful regulations the Obama Administration has levied on our small businesses,” said Sen. Appel. “We can trust Jeb to get this done for us because he did it in Florida. Look at what happened on his watch in Florida in terms of educational achievement, economic growth, and quality of life. Jeb firmly believes he can take that record national, and so do I.”

“Jeb Bush has a record of helping poor kids get out of failing schools and into situations where they can learn and succeed in life. He has stood up to the special interests that would trap kids in failing schools rather than allow them to rise up. There’s no doubt he fights and wins when it comes to lifting people up out of poverty,” said Rep. Landry.
“I hear from people every day that say we need a leader like Jeb Bush. We don’t need on the job training, and we aren’t living in a reality show. Terrorism is real. Poor economic conditions continue to plague to many places in our country. Washington is broken. We need a leader who has a proven track record of doing something other than talking, and that leader is Jeb Bush,” Terrell said.
Jeb!2016 Initial Louisiana Steering Committee and Finance Chairs
Pat Brister, St. Tammany Parish President and former Chairman of the Republican Party of Louisiana State Senator Conrad Appel (R-Metairie)
State Representative Nancy Landry (R-Lafayette)
Suzie Terrell, former Commissioner of Elections
Jason Hebert, Jeb!2016 state political advisor
Scott Hobbs, Jeb!2016 state political advisor
Joe Canizaro, Jeb!2016 state Fundraising Chair
Boysie Bollinger, Jeb!2016 state Fundraising Chair
James Davison, Jeb!2016 state Fundraising Chair

This is essentially the Louisiana GOP’s moderate wing. Good, solid pro-business types for the most part. Jason Hebert is one of the better political strategists in this state.

Jeb has assembled a good team, but the question is will he survive to make it to Louisiana?
Interested in more national news? We've got you covered! See More National News
Previous Article How Long Did It Take John Bel Edwards To Break His First Campaign Promise?
Next Article The Liberals Of New Orleans Are Waging A War Against Plastic Bags And You’re Going To Pay For It