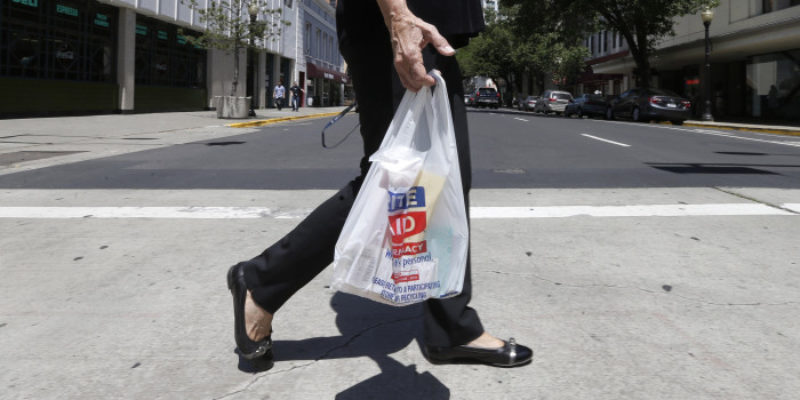 The latest proposal by City Council members Latoya Cantrell and Susan Guidry would make the city more and more like the ever-so-liberal San Francisco, California, through a widespread ordinance to make shoppers pay more for plastic bags.

Under the ordinance, shoppers would be charged at least 10 cents for plastic bags and at least 5 cents for some paper bags, as Cantrell and Guidry say it will make for a “more sustainable future.”

The idea is to charge customers more for bags so that they eventually bring their own reusable bags. The exemptions for plastic-ware under the ordinance would include the following: bags for take-out food, containers for meats, seafood, bulk items or other foods packaged in stores, trash bags, dry cleaning bags and Mardi Gras bead bags.

Besides Washington DC and San Francisco, Austin, Texas has also recently implemented a plastic bag ban which has done nothing to reduce environmental impacts, as liberals claim.

In a recent report, a study showed that while shoppers were using plastic bags less, they simply moved on to larger plastic bags when reusable bags are not available.

Two years after the bag ban was implemented, the city asked the Austin Resource Recovery group to investigate its effectiveness. Their June 10 report, written by Aaron Waters, states that while the ban was successful in lowering the amount of single-use plastic bags made from high-density polyethylene in city landfills, it was actually worse for the environment overall.

“The amount of single use plastic bags has been reduced, both in count and by weight,” Waters states. “However, in their place, the larger 4 mil [4/1,000ths of an inch] bags have replaced them as the go to standard when the reusable bag is left at home. This reusable plastic bag, along with the paper bag, has a very high carbon footprint compared to the single use bag.”

The 4 mil reusable bags are often made from non-recycled low-density polyethylene and require more resources to manufacture than the single-use bags, Waters explained. Many of the heavier gauge 4 mil bags are also shipped from overseas, which increases their carbon footprint compared to the single-use bags.

Also, in the study out of Austin, shoppers and customers were shown to be spending much more money on having to buy reusable bags and being charged more for using plastic bags.

And not only is it bad for customers, it’s bad for business.

One particular Austin supermarket on the outskirts of the city has lost business because customers have gone to alternative supermarkets in neighboring areas right outside of Austin who don’t have to abide by the ordinance.

The report acknowledged that the supermarket lost between $60,000 to $70,000 per week because customers found other supermarkets to go to on the outskirts of the city so they would not have to pay more.

Per usual, advocates for the plastic bag ban call the tax on the bags a “fee” because the word “tax” is unpopular. Coincidentally, that is the language the City Council is using to discuss the ordinance.