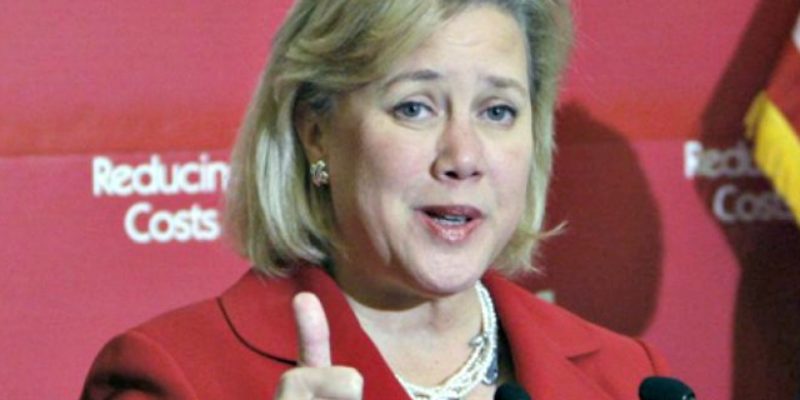 Former US Sen. Mary Landrieu (D-LA) has flown under the radar ever since she was ousted from her Senate seat by Sen. Bill Cassidy (R-LA).

But, Landrieu (who was famously the deciding vote for Obamacare) is back in full-swing, campaigning for State Rep. John Bel Edwards (D-Amite) and asking residents to donate to the Louisiana Democratic Party.

Here’s a copy of the email Landrieu sent out recently: 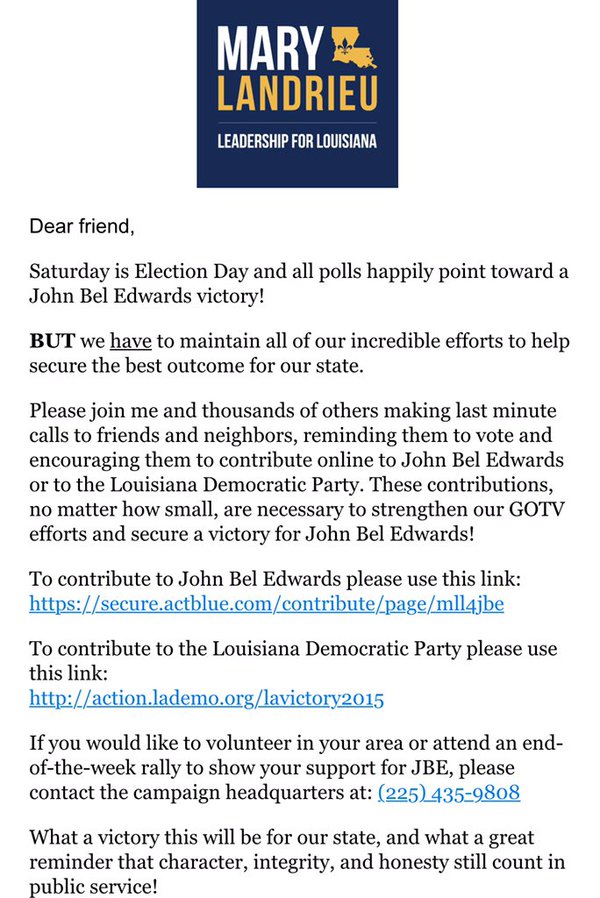 Edwards has the backing of a number of Democratic operatives and politicians in the state including Mayor Mitch Landrieu and Cleo Fields.

Mitch Landrieu is the unpopular mayor of New Orleans who has been pushing the removal of a number of historical monuments in the city for months now.

Fields is the former congressman who was caught stuffing $20,000 cash bribe into his pockets. Fields actually did a radio ad for Edwards this week, even though the Edwards campaign claimed Fields had nothing to do with the Amite Democrat’s campaign.

Also, there is a rumor going around that Pres. Obama is doing a robocall tonight for Edwards.