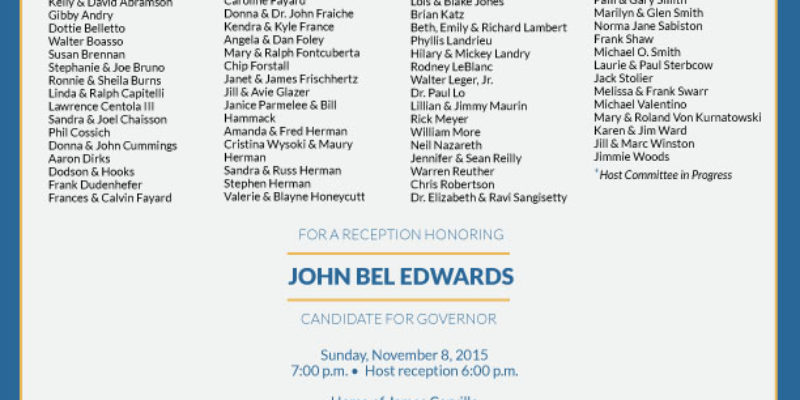 Here’s an invitation that went out to the usual suspects on the Democrat side as John Bel Edwards got together with the hoi-polloi of the Louisiana Democrat Party for their big-time fundraising event at the James Carville-Mary Matalin house in New Orleans as he goes for the big win on Nov. 21… 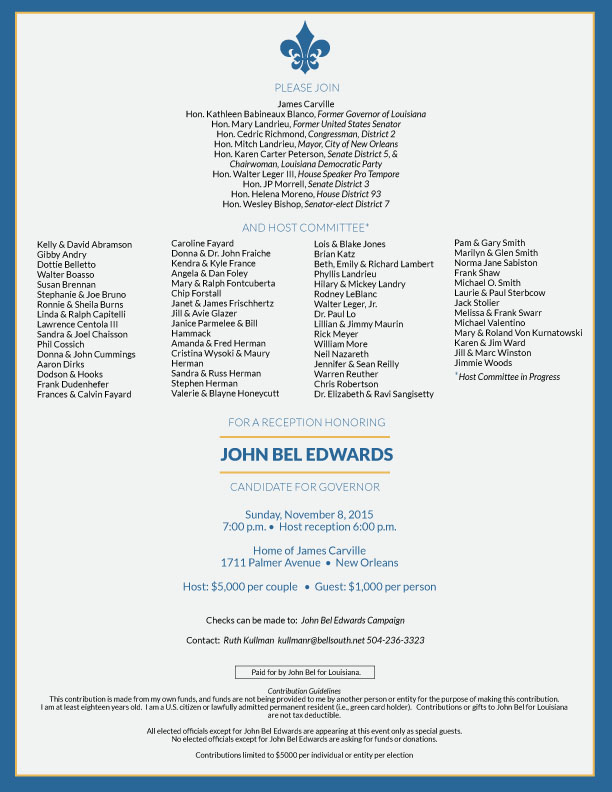 You can search through that list of donors, as we have, and you will find virtually no evidence of bipartisan support for John Bel Edwards in the New Orleans area.

What you will find is the exact same thing anybody might expect of a Democrat candidate – a whole bunch of trial lawyers, people with lots of family money who don’t need to earn a living, union people and hard-core lefty activists.

There are none of the business types who normally go for Republicans but can’t vote for David Vitter; those people might exist but they aren’t represented on the list of James Carville’s host committee guests. It might not be a myth that such people exist; we hear rumors of this or that conversation of such a donor moving to John Bel Edwards. But they’re not particularly represented in this list.

One has to think that not only would the Edwards campaign take Republican money, they’d champion the fact it came in. And yet not a lot apparently walked in the doors for the James Carville event at the house he and Mary Matalin own in New Orleans.

Just a quick thing to peruse as this race heats up.