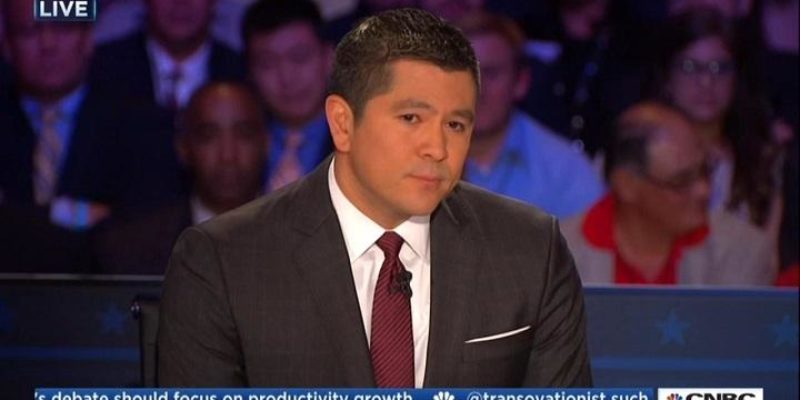 Reporters from both conservative and liberal-minded news organizations seem to agree: the CNBC Republican presidential debate was kind of a trainwreck.

That wasn’t really because of the candidates, though — it was because of the moderators. For the first hour, CNBC moderators Becky Quick, John Harwood, and Carl Quintanilla didn’t let candidates interact with each other, resulting in multiple moments of incomprehensible yelling. This may have been because of stricter time limits — this particular 10-candidate debate was only two hours, while the previous Republican debates have spanned three hours.

So, there was a big meeting where all the candidates’ camps met up and tried to come to a consensus with and about the RNC. And the main thing they agreed on was this: They don’t want the RNC to negotiate the terms of the debate on their behalf. They want to do the negotiations with the moderators directly. They have some other demands – Bush’s campaign wants the Telemundo debate back, Trump’s campaign says “Oh hell no” – and, those will be worked out later, probably.

But, the reaction to this is entirely what you’d expect from a media complex that spent far longer than they wanted to talking about how crappy the debates were. Oh my, the Media says, the Republicans are just whiny and demanding divas. Ron Fournier, who went to Twitter to say “We [the media] deserved this” when Ted Cruz ripped the media in one of his responses, is now attacking Republican candidates for not really wanting that media to have another go at ruining their chance to debate.

He’s not the only one, but his stands out to me because of his reactions to the debate last week.

What the media won’t tell you, however, is that while the Republicans are still willing to go on known hostile networks, the Democrats just flat-out avoid the one network they don’t like.