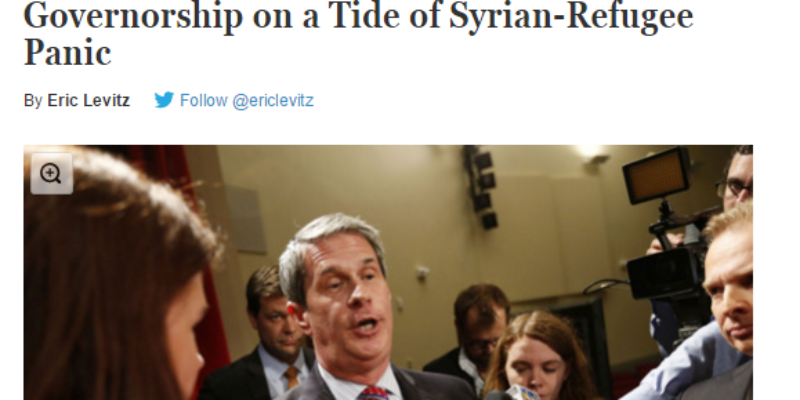 There is no bigger issue in the Louisiana gubernatorial election than Syrian refugees coming into the state. Voters either want them or they don’t. And recent polling shows voters overwhelmingly oppose the plan.

The Hayride has been on top of the Syrian refugee issue before the Paris terror attacks even occurred. And so has Sen. David Vitter (R-LA), who has already filed legislation to block Syrian refugees from entering the state.

The Dept. of Homeland Security’s failure to do anything regarding Syrian refugees is alarming. The State Department ineffective screening process is alarming, as terrorists have entered the country before posing as refugees.

The facts strongly conclude that mass migration to a state ruins the economy, lowers wages, keeps residents on welfare and makes the area more dangerous than ever. Those are the facts.

But, because the Hayride and particularly Vitter have reported and discussed the refugee crisis, liberals are now claiming we’re just trying to cause some kind of mass “hysteria.”

Except, let’s look at the track record of liberals.

When Obamacare was just coming into the minds of Americans, liberals told women that they would literally die if Obamacare didn’t become law.

Liberals tell minorities that they will die without government helping them. Liberals have told low-income families that a plan to make well-abled food stamp recipients work will leave them starving.

The entire process of liberals getting a Democrat elected revolves around creating a fake crisis. Like when Gov. Mitt Romney was running against Pres. Obama in 2012 and the public was told repeatedly that Romney was an awful human being who would leave poor people to die.

Liberals know crisis like no one else because their entire party is based on drumming up fake crisis.

However, when an actual crisis occurs, like the refugee crisis or the Southern Border crisis, anyone and everyone that disagrees with liberals are told that they are perpetuating “hysteria.”

Suddenly the liberals who told everyone in the country that if they were against gay marriage, they were a bigot, are now the Bible-thumpers claiming ‘What Would Jesus Do?!’

It’s like Rep. Nancy Pelosi (D-CA) citing the “I knew you before you were born” Bible verse and then turning around and voting for late-term, 3rd trimester abortion.

No one’s allowed to talk about true crisis, but liberals are allowed to create crisis that don’t exist. The Syrian refugee crisis is not a “Look over there!” distraction for voters like liberals are claiming it is.

This is the issue that matters most to people. It’s not fake.