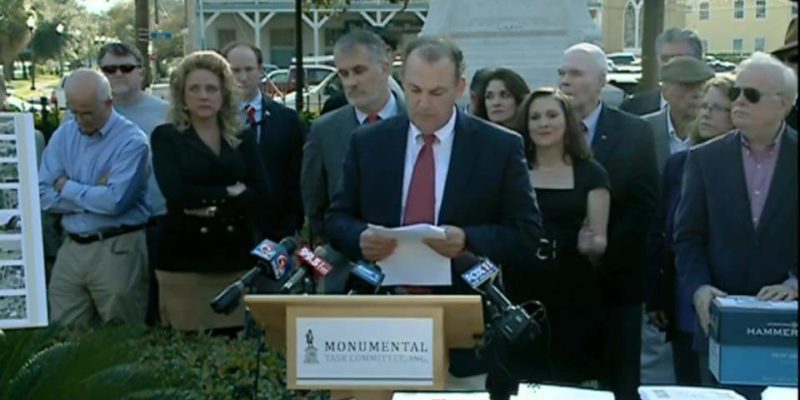 Ahead of Thursday’s vote by the New Orleans City Council on whether or not to remove four historical monuments from the city’s public square, the grassroots group Save Our Circle has delivered their petitions demanding all monuments be saved in the city.

Save Our Circle spokesman Tim Shea Carroll said via Facebook that his organization dropped off petitions to Mayor Mitch Landrieu and every City Council member. The petitions included over 31,000 signatures from opponents of Landrieu’s plan to remove the historical monuments.

Carroll said their petitions were received by staffers at Landrieu’s office and aides for each of the City Council members. However, he said City Councilwoman Latoya Cantrell came out to meet the group and thank them for their work in obtaining support for leaving the monuments be.

“I truly appreciated her coming out,” said Carroll in his Facebook comments.

Sources close to the Hayride say that Cantrell, who usually supports liberal-leaning measures for the city, is adamantly opposed to removing any monuments in New Orleans.

Before handing over the petitions to the city administration and City Council members, the Monumental Task Committee (MTC) held a press conference to voice opposition to Landrieu’s removal plan.

The MTC is an organization that has kept-up and cleaned the city’s monuments for free, with no expense to the taxpayer, for decades.

Sources close to the Hayride previously said that the city administration knows that the MTC does clean-up work for the monuments for free and still sent out paid workmen to clean up a few monuments that were vandalized months ago.

The city dished out thousands for the work which can now be used as an excuse for the Landrieu administration to remove the monuments by depicting them as a burden or ‘nuisance’ to taxpayers.