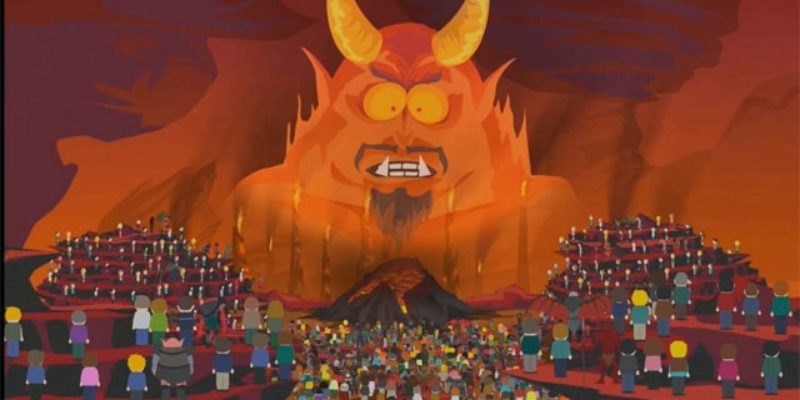 Editor’s Note: What follows is a press release from Louisiana Lawsuit Abuse Watch, headed by our friend and Hayride contributor Melissa Landry, with a fresh round of disappointing, but not unexpected, news about Louisiana’s competitiveness when it comes to our judicial climate.

Naturally, this badly needs to change if the state’s economy is to get out of the doldrums. Electing a trial lawyer backed by millions of dollars from his compatriots as the new governor means there is little hope of that happening, and it’s entirely possible things will get worse.

This is why we supported David Vitter and didn’t care about phone calls to hookers 15 years ago. This stuff is more important.

Louisiana courts are among the worst in the country, and they have been singled out for a lack of balance and excessive litigation. The Pelican State is the sixth-worst in the country for abusive lawsuits, according to the newly released Judicial Hellholes® report from the American Tort Reform Association (ATRA).

“Louisiana’s poor ranking for six consecutive years in the Judicial Hellholes report, and in numerous other surveys, clearly indicates our state’s legal environment is hostile to job creation and economic growth,” said Melissa Landry, executive director of Louisiana Lawsuit Abuse Watch (LLAW), a grassroots legal watchdog group.  “If we want to bring more jobs and more tax revenue to our state, we should put an end to corruption in our courts, rein in frivolous litigation and pass reforms to ensure a fair legal system for everyone.”

Louisiana moved up from last year’s No. 7 ranking on the ATRA Judicial Hellholes list to No. 6 as a result of personal injury lawyers’ relentless efforts to expand their influence over the state’s political system during the 2015 election cycle. According to the report, “Plaintiffs’ lawyers invested record amounts this year to put allies in the governor’s mansion and state legislature. Their targeted campaign spending — fueled by proceeds from the BP oil spill settlement and environmental lawsuits against energy producers — was instrumental in electing [Governor-elect John Bel] Edwards and legislative candidates who favor expansions of civil liability.”

“As low oil and gas prices threaten Louisiana’s economy, improving the state’s litigation environment becomes even more pivotal,” said Stephen Waguespack, president of the Louisiana Association of Business and Industry. “The Judicial Hellholes ranking is a timely reminder to new lawmakers that we have more work to do to be competitive in a global economy.  We look forward to the opportunity to partner with a new administration and new Legislature in 2016 to address chronic issues that plague Louisiana employers, including excessive and frivolous litigation.”

As further evidence that the state’s legal system has gone awry, the report notes Louisiana’s excessively high $50,000 threshold for civil litigants to receive a jury trial and points to challenges stemming from Louisiana’s lax venue laws, which allow plaintiffs’ lawyers to shop around their cases in search of the state’s friendliest judges and juries.

“Louisiana laws governing venue and access to jury trials are far outside the mainstream of what most other state are doing, and they clearly contribute to the perception that Louisiana has one of the worst legal climates in the country,” said Jim Harris, coordinator of the Coalition for Common Sense (CCS).  “In order to overcome this reputation, major changes should be made to ensure access to fair and impartial courts in Louisiana.”

The 2015-2016 ATRA Judicial Hellholes report also criticizes the barrage of “never-ending lawsuits targeting the state’s principal employer, the oil and gas industry,” and the growing proliferation of personal injury lawyer advertising in Louisiana.

In the report’s Points of Light section, ATRA acknowledges the key role the Louisiana media played in exposing the cozy pay-to-play system that ultimately defined outgoing Attorney General Buddy Caldwell’s time in office. The Louisiana media deserve tremendous credit for following the trail of Caldwell and his trial lawyer buddies “as closely as the bloodhounds chasing Sidney Poitier and Tony Curtis in ‘The Defiant Ones’ (United Artists, 1958),” the report concludes.

The 2015–2016 ATRA Judicial Hellholes report is available online at http://www.judicialhellholes.org. For more information about LLAW and its efforts to restore common sense and fairness to Louisiana courts, visit http://www.llaw.org.