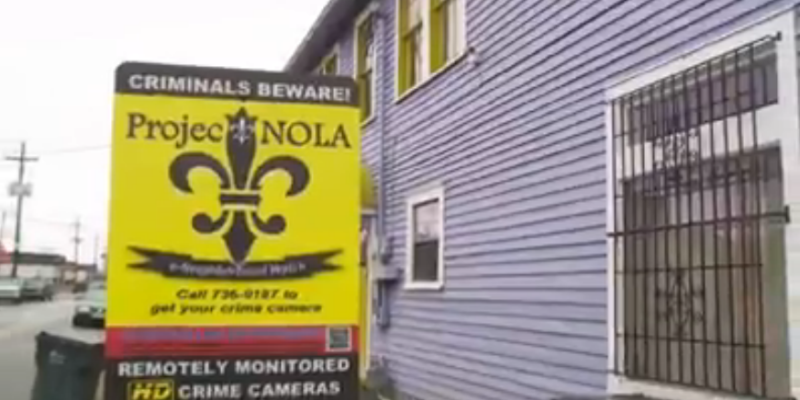 New Orleans crime prevention group ‘ProjectNOLA’ and the New Orleans Police Department (NOPD) have not always been the best of friends.

Just today, ProjectNOLA took to their Facebook page to explain the NOPD’s apparent lack of communication when it came to investigating a male-on-male rape last night in a New Orleans park.

Here’s what ProjectNOLA posted in full to their Facebook:

At about 11:30pm last night, ProjectNOLA issued an eAlert concerning a male reportedly being raped by another male in the general area of Taylor Park. As officers responded to the scene, ProjectNOLA began reviewing nearby crime camera footage and quickly found the possible perpetrator. I immediately called the NOPD Command Desk, advised them of the video, and requested that they inform the responding units. However, I am yet to receive a call back and doubt that the Command Desk relayed our information. This morning, I went to the NOPD’s website to look up the phone number to Sex Crimes, but found none listed. I attempted to call Chief Harrison’s office, but only reached a voicemail. It is now after 1pm the following day, over 12 hours after the reported rape, and I am yet to be contacted by a detective for the video. Only I have seen it, and only I may know what the possible perp looks like at this point.

If ProjectNOLA were issued a police radio, I would have been able to communicate with the responding units directly and the communications issue would not have happened. In the past, I’ve written about instances whereby the Command Desk failed to relay our real-time information to responding officers, which has greatly jeopardized the public and responding officers. There are no two ways around this… ProjectNOLA needs to be issued a police radio. For decades, civilians working with the NOPD crisis intervention and homeless units have been issued radios. The civilian “Yellow Shirts” working in the French Quarter were issued radios. I do not understand why when there is so much at stake that the NOPD refuses to issue one to ProjectNOLA…even if use is restricted to me, the director of ProjectNOLA, and a former NOPD officer.

The lack of communication that the NOPD apparently has with ProjectNOLA is not all that surprising, as the two agencies have gotten into public feuds in the past.

And earlier in October, ProjectNOLA wrote an open letter to the NOPD and Landrieu administration point out that both entities were allegedly trying to shut down the organization by stirring up rumors about ProjectNOLA.

What do you think? Should ProjectNOLA be issued a police radio?

Interested in more national news? We've got you covered! See More National News
Previous Article COMPROMISE? How The New Orleans City Council Could Save Lee Circle From Mitch Landrieu
Next Article Everything You Must Remember About Islam Ahead Of Tonight’s GOP Debate In One Video