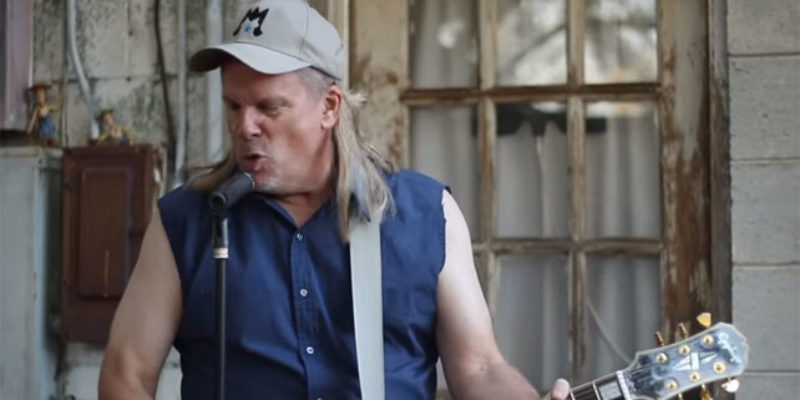 This video was put together by the Public Integrity Alliance, which is a conservative advocacy group out of Arizona playing in races around the country.

I don’t love this. It’s one thing to make fun of Donald Trump, who is a walking satire the only trouble making fun of whom is that he can outdo your parody by being himself. But it’s something else to make fun of Trump’s supporters – and that’s what this does.

And these people, who are some 20-25 percent of the electorate if not maybe a little more, look around and don’t see anybody to represent them. They think Barack Obama is the enemy, while they liked Bill Clinton fine they think his wife is a crook and a sleazeball and a disaster, and they look at the standard GOP candidates as the usual collection of frauds, thieves and layabouts who have stood by and let the country go to hell in the first place. They might consider voting for Ted Cruz, if only because he has taken pains not to insult them by attacking Trump personally (and by extension attacking his supporters, who so “stupidly” chose to back him), but otherwise they’ve completely lost faith in the political process and the corruption it carries with it.

So for that they get Dwain The Mullet-Head essentially calling them rednecks and white trash. It’s funny, but there’s only so much of it you can take before you start realizing this is only going to irritate the Trump people and drive them further into his camp.

The reason Mitt Romney lost was that the people we’re talking about thought he was a typical big-money blue-blood snob from the country club who couldn’t care less about their problems. That wasn’t true, or at least it certainly wasn’t true in comparison to the open contempt with which Obama held them, but Romney and his campaign certainly didn’t make enough of an effort to connect with them.

And this doesn’t, either.

Interested in more national news? We've got you covered! See More National News
Previous Article John Bel Edwards Will Remove Requirements That Force Food Stamp Recipients To Work For A Living
Next Article VIDEO: Here’s A Guy Who Knows How To Leverage Christmas