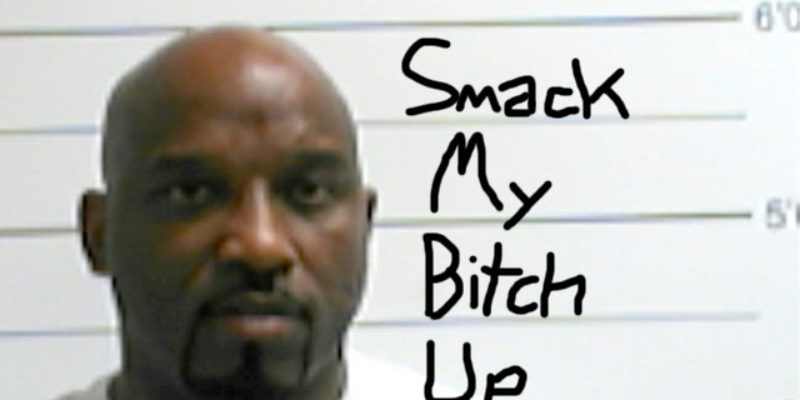 What he ought to do, after getting arrested for beating the stuffing out of his mistress of 10 years at the Bayou Classic for the offense of turning down a menage-a-trois with a third woman he’s not married to in the Hyatt Regency over the Bayou Classic weekend, is resign.

But that’s not what a Democrat does. Instead, Brown – who doesn’t even live in the Senate district he represents – made a fraudulent, meaningless show of contrition today.

Embattled state Senator Troy Brown has resigned from an elected position within the Senate due to legal issues from a domestic battery incident after the Bayou Classic last weekend.

Brown faces misdemeanor domestic battery charges after he was accused of punching a longtime girlfriend in the face at a Bayou Classic after party in a New Orleans hotel.

Senate President John Alario said Brown agreed to step down as vice chairman of the Senate Environmental Committee until the legal issues were resolved. According to Alario, the agreement was mutual.

In 2014, Brown was involved in a road rage incident and reportedly threatened a woman with arrest. That same year, he also brought a proposal for the formation of a domestic violence commission.

On Monday, he said he couldn’t remember significant details of the event and announced he would be seeking medical help. Brown has claimed that brain damage from a 1991 car accident could be a contributing factor to periods of memory loss.

In other words, nothing.

We just had an election in which the state’s voters went far out of their way to elect someone whose ideological orientation revulses them over the question of the Republican candidate’s 15-year old sexual misconduct.

Those people who wasted our time with distractions about hookers for the last 10 months where David Vitter is concerned have to be apoplectic over Brown’s misconduct last weekend, no? So where are they?

Where is our new governor John Bel Edwards, who rode into office on a cloud of sanctimony and faux outrage, on Troy Brown? Where is his call for Brown to resign? Do we get no sanctimony or faux outrage?

Perhaps we can change Louisiana’s state anthem in honor of Sen. Brown. “Louisiana 1927” has had its day. Let’s have something a bit more upbeat and with the times, shall we?

(The video’s a little risque’, but nothing whatsoever as downscale as Sen. Brown’s nightlife)

Interested in more news from Louisiana? We've got you covered! See More Louisiana News
Previous Article AFTERBURNER: How The Clock Boy Story Is Modern Islam In A Nutshell
Next Article The Battlefield, December 4, 2015