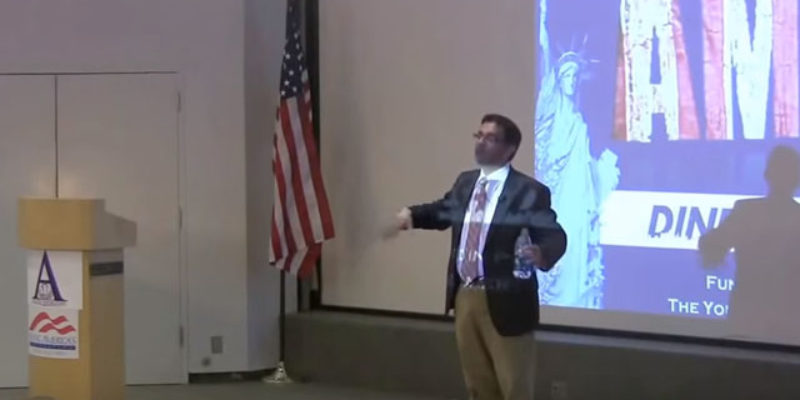 This clip, which goes 19 minutes or so but is well worth the time, comes from an appearance D’Souza made back in October at Amherst College.

He gets accosted by a freshman, and a reasonably intelligent one, with a pair of questions about white privilege and Islamic militancy arising as a reaction to American imperialism.

Needless to say, D’Souza is not impressed with the premises behind either question, and he knows a lot more about the world than the freshman does. It gets exceedingly good when D’Souza gets going on the question of white privilege and how to address it, and the unwillingness of the freshman, who is white as snow, to personally surrender his own unjust advantages as a gesture of leadership in this new “just” society to replace the free one bequeathed to us by the racist white men who founded the country.

D’Souza’s victim has little in the way of a cogent answer for his line of inquiry about how to personally remedy the white privilege in question, and the conversation turns into a rhetorical beatdown from there.

We’re offering this as a good example of why the Left generally leans toward attempting to limit the free speech of the Right – they don’t usually do a good job of winning these types of arguments.