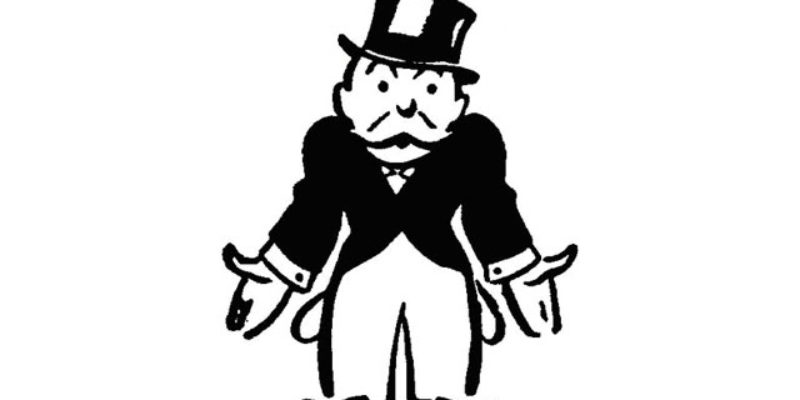 Much has been written about Louisiana’s chronic state budget deficit. It seems the $25 billion state governmental budget is short once again; and the upcoming special legislative session is being hyped as the solution we have long been promised to stop this recurring cycle of shortfalls.

Glad to hear it…a serious discussion about how to responsibly solve the budget shortfalls is long overdue. However, another looming budget deficit is sure to come in 2016 that has not received nearly the attention as the governmental one. That is the looming budget deficit for many Louisiana employers and employees.

Unfortunately, it appears that 2016 is shaping up to be a real doozy for those working and investing in the private sector.

The oil industry is getting hammered, along with the countless indirect jobs they create. The negative impact from the national recession, which supposedly ended in 2009, continues to linger. The higher penalties and fees from the Affordable Care Act are about to kick in, affecting private sector coverage and adding new compliance costs to employers of all sizes. Consumer confidence is down and job creation continues to stagnate. New regulations, taxes and mandates from Washington have come from all directions, while the possibility of new state level versions are openly discussed. Entitlement spending continues to escalate at an unsustainable pace, adding costs and debt to every private and public budget impacted in any way by government at the federal, state and local level.

Scott also remarked that, “In the years since the Great Recession ended in 2009, the economy has grown at the slowest rate of any of the seven previous recoveries since 1960. Indeed, the growth rate (11.4 percent) has been almost half the 22.2 percent average over these past seven recoveries.”

Similar to many other states, the Louisiana economy will skate on thin ice next year and the margin for error is small. This reality cannot be ignored as we rightly attempt to solve the challenge of improved governmental effectiveness. How we handle the fragile nature of this balancing act will absolutely decide our fate for the next few years.

Have you talked to anyone in Lafayette, Houma or Morgan City lately? They are quite nervous about what will happen once some of these long-term energy pricing contracts run out and the real impact of these oil prices begin to hit home. Service companies, transportation providers, energy workers, supply operators and caterers are just a few of the industries soon to be facing intense pressure. Potential new taxes on their inventory, electricity, debt or investments are an additional threat hanging over their heads.

Have you talked to a small to mid-size company lately trying to manage their payroll and benefit offerings to stay out of trouble with the IRS thanks to the Affordable Care Act? In addition to this 2016 audit trap lying in wait, a recent study by the National Federation of Independent Business (NFIB) shows that over 63 percent of small businesses have already seen their rates go up, a cost that is a tough pill to swallow in a tight economy.

As we battle with other states and countries for jobs and investment in 2016, we definitely have some effective arrows in our quiver with which to fight. Low natural gas prices have helped stimulate a much-needed resurgence in chemical and manufacturing construction projects. Some of the strategic incentives have helped to overcome some of the major deficiencies in the tax code such as a cumbersome and expensive tax collection system, as well as taxation on items our competitor states do not tax, including utilities, machinery and equipment. Strategic workforce programs such as FastStart and the Wise Fund have provided immediate steps to temporarily resolve what is essentially a long-term workforce development problem. Louisiana’s waterways are capable of maximizing the expansion of the Panama Canal in ways other states cannot match and our robust portfolio of pipelines enable us to quickly move a large amount of product to customers across the country.

Despite these strengths, there is no denying that 2016 will be a challenging year. Louisiana’s top priority should be to grab new market share from others and keep as much of our current investment, jobs and production here as humanly possible.

A multi-pronged approach that puts everything on the table is the only way to address chronic public sector deficits without damaging the private sector. We must avoid turning the strong headwind facing our economy in 2016 into a Category 5 storm.

I wish finding this balance would be easy, but that is not the case. There is no free lunch.  The decisions we make over the next few months will define the direction of this state for years to come.

Interested in more news from Louisiana? We've got you covered! See More Louisiana News
Previous Article PRAGER U: The World’s Most Moral Army
Next Article Here’s What Happened In New Orleans While Mitch Landrieu Was In Paris Talking Climate Change