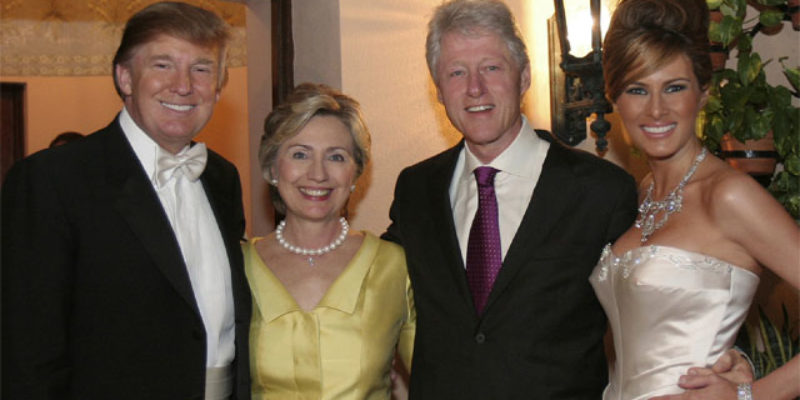 …made up solely of Trump’s own words.

Sorry, Trumpkins. You already knew this stuff and you chose the guy anyway.

Trump has given at least $100,000 to the corrupt, graft-ridden Clinton Foundation, a fact which has been public for quite some time and yet ignored. Trump had Hillary Clinton as a party favor at his wedding, something few conservatives would characterize as acceptable. And Trump has offered praise to Hillary and Bill Clinton in fora far more numerous than that referenced in the Cruz video.

Per Trump, Cruz is a “nasty guy,” an accusation which preceded a never-ending string of outright lies and immoderate statements to make the original charge the very apex of laughable irony. Cruz responds with Trump’s own words which damn him worse than anything Trump has on the Texas senator.

Decide for yourself who is more presidential, presentable or plausible as a standard-bearer for conservatism. But decide wisely.