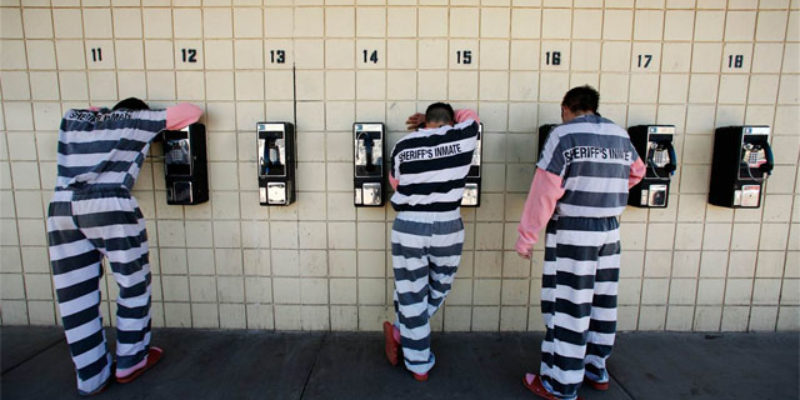 In an e-mail obtained by The Hayride and sent by the assistant to Public Service Commissioner Foster Campbell, Norris is quoted as boasting of the benefits given to prisoners in West Monroe’s correctional holding facility since the city took control of its phone system from a private contractor and is now providing free calls to prisoners at “limited” cost to taxpayers.

I’ve attached for your review an excerpt from a letter I received last month from West Monroe Mayor Dave Norris.  Dave is a very popular and certainly one of the longest-serving mayors in Louisiana.  He holds a PhD in economics from Mississippi State University and used to teach economics at ULM when it was called Northeast Louisiana University.  In light of our long-running debate over inmate telephones I found Dave’s report on what he’s done with his city jail to be refreshing.

And here is the excerpt from Norris’ letter to Campbell… 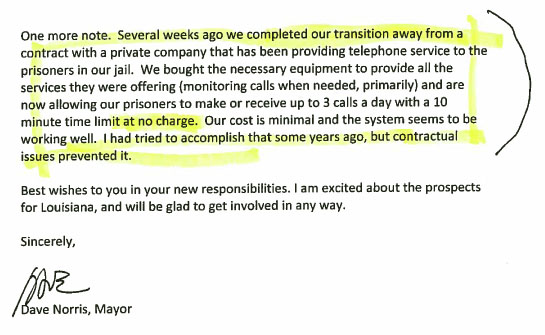 So if you’re a drug dealer or mobster in West Monroe and you get arrested, you can push a button on a witness against you three times a day over the phone at no charge. Maybe the cops will monitor the call; maybe they won’t.

And this, of course, is something Foster Campbell thinks is just swell.