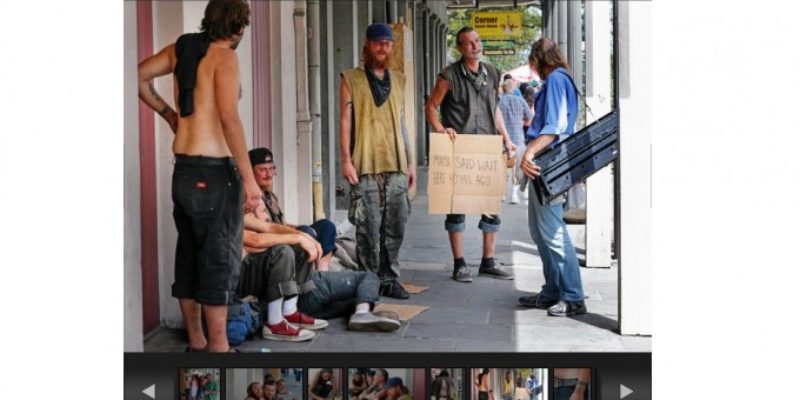 Whether because of the winter weather or other reasons, panhandlers are flooding the streets of New Orleans these days and city officials solutions do not seem to be all that effective.

In a new report by WWL today, a New Orleans resident who just moved to the city from Houston, Texas describes her near assault by panhandlers in the city who demanded her leftover food.

“The other day I was pushed up against a wall and they demanded that I give them my leftovers, so I did. What am I going to do right?,” said the woman who has also witnessed a man get punched to the ground by what she calls “gutter punks.” She has also documented signs of public urination and defecation on her cell phone.

The WWL went on to describe the incident as “people asking for a helping hand.” However, aggressive panhandling and transients has become far too normalized in the city of New Orleans.

Back last year, the Times Picayune published a piece where they whole-heartedly sided with aggressive panhandlers by portraying them as victims of law enforcement efforts to clean up the French Quarter area.

A spokesman with a local New Orleans non-profit homeless advocacy group actually told WWL, though, that these panhandlers in New Orleans are not usually homeless, they simply choose to take to the streets and beg for money.

The advocate said that homelessness in the city had dropped 85% since 2007, even though panhandling seems to be out of control in the city.

Which makes Mayor Mitch Landrieu’s solution to the problem all more meaningless.

A spokesman with the Landrieu administration told WWL that the city is looking to funnel $1 million into a “low barrier shelter” for the homeless. But, if homeless advocacy groups are correct when they say panhandlers are usually not homeless, the shelter will be pointless.