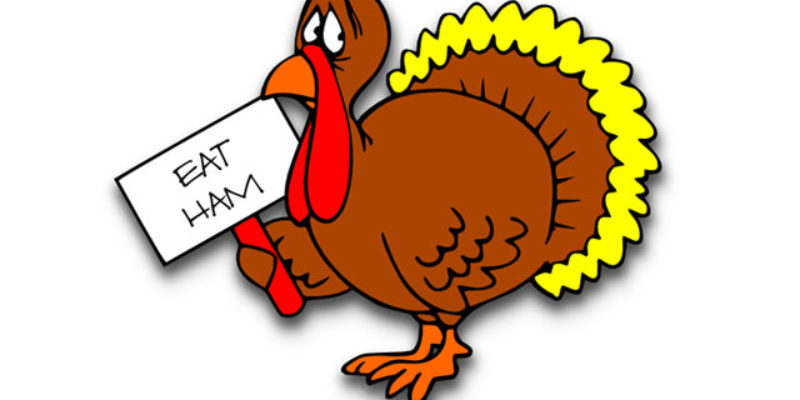 There is a subtle, yet significant, distinction between being “at” the table or being “on” it. If you don’t believe it, ask the Thanksgiving turkey how much he enjoys his seat on the table every year.

Last week, to kick off our 41st year, the Louisiana Association of Business and Industry (LABI) hosted the newly inaugurated Gov. John Bel Edwards as the keynote speaker. Similar to the theme he struck throughout his campaign and in his inauguration speech, the governor’s remarks to the 1,000-plus Louisiana employers in attendance centered on the state government’s budget challenge and his desire to put “everything on the table” in order to address it.

It made me wonder…where is this table we always hear about and who exactly will sit around it?

Politicians of all persuasions love to ask folks to come to the table and then, once there, demand that everything be put on the table for consideration.  In the 2016 version of this time-tested analogy, taxpayers are invited to come forward and be willing to accept new taxes for the good of government. Not surprisingly, not many are flocking yet to reserve their seat.

For one reason, it is still not clear who is invited to share in this meal. Will state agencies have a seat? Considering Louisiana is the state that spends the highest per capita in the South, it would seem they should have a seat. Will local government be there? Louisiana is also tops in the South in local government spending per capita and we know that close to $5 billion flows out of Baton Rouge to local government every year without much oversight. Will any of Louisiana’s 13 pension plans for retired public employees be invited, especially since we know other states have reformed their systems years ago and that costs for just one of our thirteen plans has risen by more than $300 million over the last decade? How about the state’s Medicaid program that is roughly one-third of our entire budget and, according to current trends, will take up close to half of our $25 billion budget within five years. Are they invited also?

It is unclear how broad and wide this invitation list for a seat at the table will be for those on the spending side, but my fear is their invitations may get lost in the mail.

In contrast, expect the invitations for taxpayers of all shapes and sizes to be hand delivered, certified mail-style to ensure the recipient has no excuse but to attend. Taxpayers of all sizes will be brought to this table, even if kicking and screaming, to make their contribution. Seats are reserved for all business and individual taxpayers, whether paying through property, income, sales or any other collection tactic.

Even more harrowing than the invite itself is the timing of it all. Thus far, 2016 is shaping up to be a real doozy for the private sector economy. The stock market seems deathly allergic to 2016, the oil and gas industry with its thousands of Louisiana employees is getting hammered with no relief in sight, and the countless indirect jobs and companies that service that industry are starting to use talking points from the 1980s to describe the economy’s current condition. Not a good sign.

These companies are taking aggressive action to prevent another hit like we took back then. They are cutting back any way they can, idling certain projects and mothballing others, asking workers to go part-time and scaling back new investments. The private sector can’t raise taxes like government can, so they have to cut spending to survive. Government is not inflicted with this same limitation, which is why the banging drumbeat for new taxes is thus far overwhelming the soft sounds of potential state or local spending cuts, reforms to how we budget, or re-structuring or overhauls of government programs.

Louisiana employers are bracing for a rough year and doing whatever it takes to survive it, desperately hoping the economy rebounds faster than the experts predict. They are survivors and know how to wait out bad times. They did it 30 years ago and are prepared to do it again, but government asking for undefined amounts of new revenue yet again at a time like this – with little effort to make real change to address sacred cows of spending – is not the partnership they were hoping to get from their leaders.

Yes, our chronic state budget deficit is an issue that needs to be fixed. Low oil prices and diminishing tax collections that reflect a fragile economy are adding new pressures to the state budget. We all know we have to stop the cycle of deficits, and we know $700 million in new taxes and fees last year did nothing to stop it. Obviously, the problem goes much deeper than revenue.

To improve the effectiveness of the state’s governmental budgets, a holistic reform of the broken budget system and a reduction in spending must be the primary ways to do so. The fractured tax code should also be reformed, but done so in a way to help drive economic growth rather than suffocate it. If last year’s tax hikes taught us anything, it is that the market will respond to poor tax policy in a bad economy by scaling back even more drastically.

Everyone should be at the table and yes, everything should be on it. However, don’t invite us taxpayers unless you’re prepared to invite the spenders also. If not enough room for both at this table, don’t be surprised if we taxpayers view our invitation as warmly as the Thanksgiving turkey views his.

Interested in more news from Louisiana? We've got you covered! See More Louisiana News
Previous Article PRAGER U: Is America Racist?
Next Article It’s Too Bad You Need A Quarterback In Football, Or Else Les Miles’ Future Would Be Aces