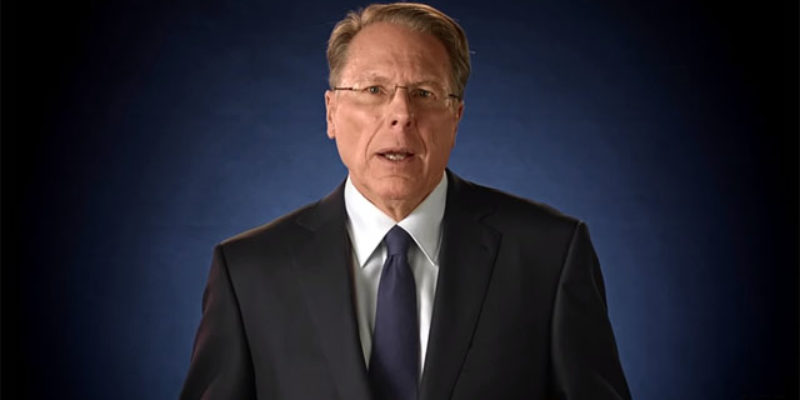 It’s fairly clear LaPierre planned his response before actually seeing the president’s tears-and-pony show yesterday, or else he would have made mention of the maudlin performance in this video.

But to his credit LaPierre stuck to the substance, and particularly this business of “expanded background checks” that Obama pushed. Turns out that rather than the bete noire Obama makes them out to be, the NRA has actually done more to attempt to keep the wrong people from getting guns than the president has – and LaPierre happily fills him in on that.

Without ever mentioning his name.

By the way, did you know that federal prosecutions for violations of gun laws are down significantly during the Obama administration in comparison to the Bush administration? Some of this has to do with an overall drop in gun crime that coincides with greatly increased possession of guns by lawful Americans and therefore a disincentive to prey upon a gun-owning public.

But that’s not true all over the country. In lots of places, all populated and governed by Democrats like Obama, gun crime is way, way up and yet prosecutions are down rather than up. Why is that the case? Perhaps because it’s gangs committing those gun crimes – and gangs are now becoming a Democrat constituency.

If you don’t believe that, go look at Obama’s hometown of Chicago.

Obama’s party doesn’t make policy on guns, because they don’t really want to. What they want is to fantasize about taking guns away from the public and bitching about gun ownership. Meanwhile, in the cities they govern the wrong people all have guns and the right people don’t, and those cities are as dangerous as any in the Third World.

And yet Obama blames the NRA, and tells mind-blowingly obvious lies.

He can’t be gone soon enough.

Interested in more national news? We've got you covered! See More National News
Previous Article Have You Seen The Goldman Sachs Guide To Being A Man?
Next Article Gates: A little thumping in the White House couldn’t hurt