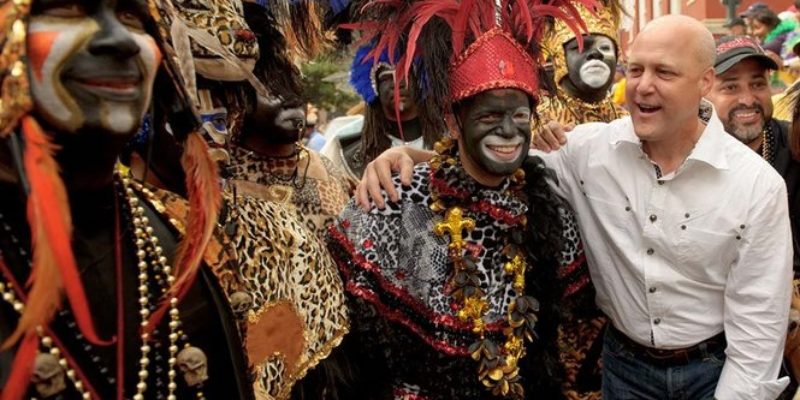 From the beginning of the New Orleans monuments issue, pro-monument supporters voiced concern that removing Southern history from the public view would evolve into a slippery-slope where everything in the city was viewed on the grounds of race.

It seems those concerns are now becoming a reality.

Duing Mardi Gras yesterday, the Krewe of Zulu and the Krewe of Rex both ran through the city as planned. But, the anti-monuments group ‘Take Em Down Nola’ says the parades had racist-undertones.

Here’s what the group posted to their Instagram page: 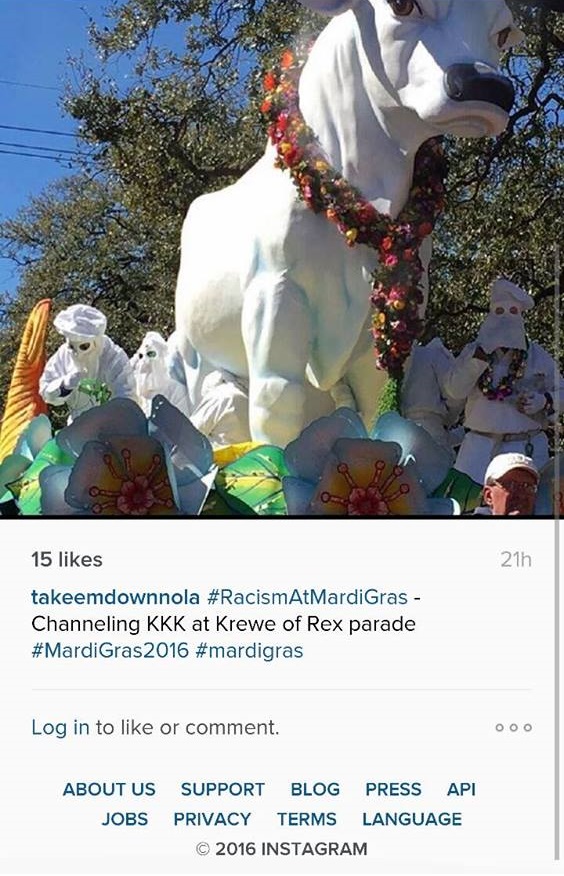 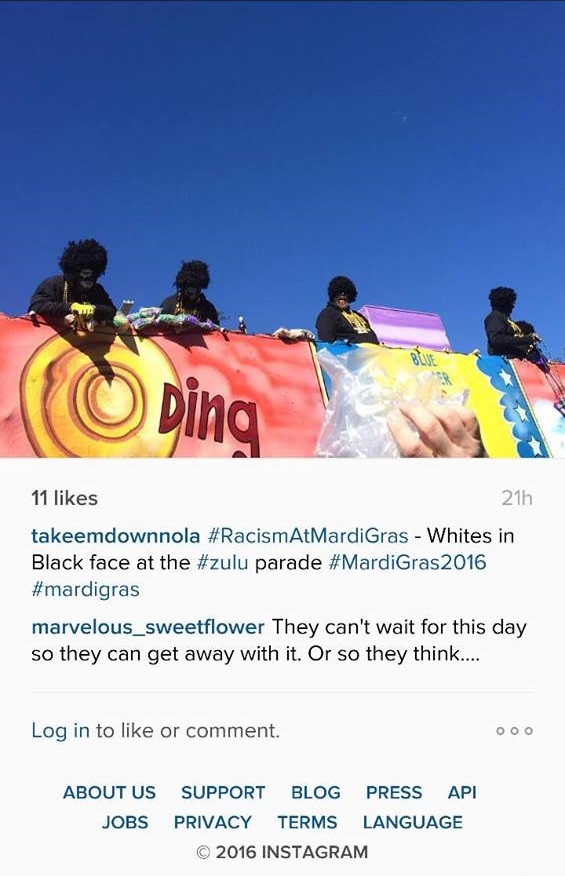 The Krewe of Zulu, however, requires members (whether black or white) to paint themselves in black paint. And the Krewe of Rex costumes are designed to mimic Southern chefs, as seen in the style of hat that riders are pictured wearing.

The comments come after the Times Picayune attempted to drum up racism-hysteria over a Confederate flag bead being thrown at a parade ahead of Fat Tuesday.

Take Em Down Nola has been the leading activist group in the city fighting for Mayor Mitch Landrieu’s plan to remove four historical monuments in the city, which include Lee Circle and PGT Beaureguard’s City Park statue.

Most memorable is when Take Em Down Nola publicly defaced New Orleans monuments during a protest and splashed fake blood across the Liberty Place monument. At the time, the Hayride was the only media outlet to report on the issue, which was all caught on camera and posted to Youtube.

After residents called the New Orleans Police Department (NOPD) demanding action against the group for public vandalism, an NOPD spokesperson claimed they knew nothing about the incident, despite the story making national headlines.

The non-profit organization, Foundation for Louisiana, which is funneling thousands of dollars to the city via an anonymous donor to pay for monument removal, has given to Landrieu’s monument removal supporters back in 2015 while the fight over monuments was taking place and has direct ties to Landrieu.

The group “STAND With Dignity” and “Take Em Down Nola” were both partner groups under the “New Orleans Workers’ Center for Racial Justice” group, which often holds rallies comprised for immigrant and illegal immigrants demanding the state to cease deportations.

STAND With Dignity and Take Em Down Nola both fought to remove the monuments in the city, supporting Landrieu’s plan, claiming they were racist nuisances that upheld white supremacy.

Foundation for Louisiana gave the New Orleans Workers’ Center for Racial Justice a $2,000 grant in 2015 to fund “the People’s Summit on the Black Jobs Crisis.”

Likewise, the Urban League of Greater New Orleans, which applauded Landrieu’s call for the removal of monuments back in June when he first announced the plan, was given a $5,000 grant by the Foundation for Louisiana last year.

Daniels was also hand-picked by Landrieu to serve on the city’s ‘Racial Reconciliation’ committee for the Tricentennial Commission.