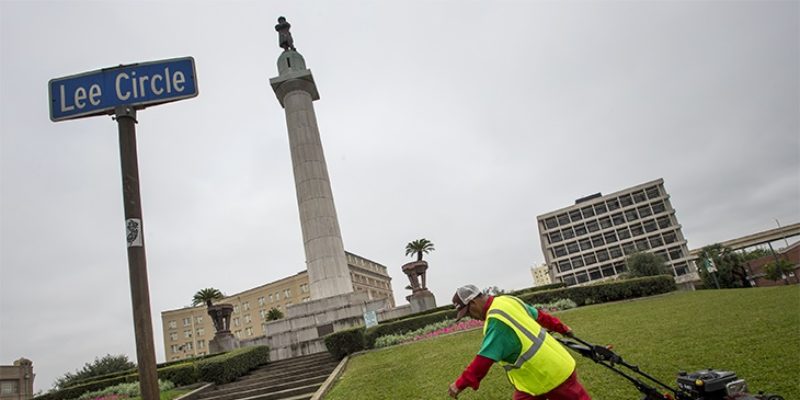 A plan to remove four historical monuments in New Orleans was always pitched to the public as a job that an “anonymous donor,” would be paying for.

Mayor Mitch Landrieu announced a private donor would be paying for removal last year and the Foundation for Louisiana is supposed to be helping funnel that money to the city for the unnamed donor in order to legally hide the money trail.

At a New Orleans City Council’s Budget, Public Works, Sanitation and Environmental Committee hearing today, the City Council confirmed that the re-appropriation of $170,000 from the city’s budget to the Dept. of Property Management to pay for monument removal was simply setting up a process to receive the anonymous donor’s money.

This was the ordinance in full:

According to the city, by appropriating the $170,000, the money from the anonymous donor via the Foundation for Louisiana “will come as a result of this,” a spokesman confirmed. The city also said that it was entirely normal for the city to re-appropriate money that it does not yet have.

Councilwoman Stacy Head also mentioned that the All Crane Rental of Louisiana company was mistakenly called out by the city in court documents as the construction team that would be helping to remove monuments.

That ended up not being accurate and the company has made it clear that they are not involved.

According to the city, the project will now go out for public bid. However, resident Jonathan Maki raised concerns that if the city did not have a contractor set to do the project, how would they know that $170,000 is enough to pay for the full costs of monument removal.

Councilwoman Susan Guidry, an advocate for monument removal, said there were a lot of unanswered questions and that if the city needs more dollars to pay for the removal, then “that will unfold.”

Interested in more national news? We've got you covered! See More National News
Previous Article It’s A Time For Choosing And That’s Why I Must Choose Cruz
Next Article The Low Popahirum, February 2, 2016