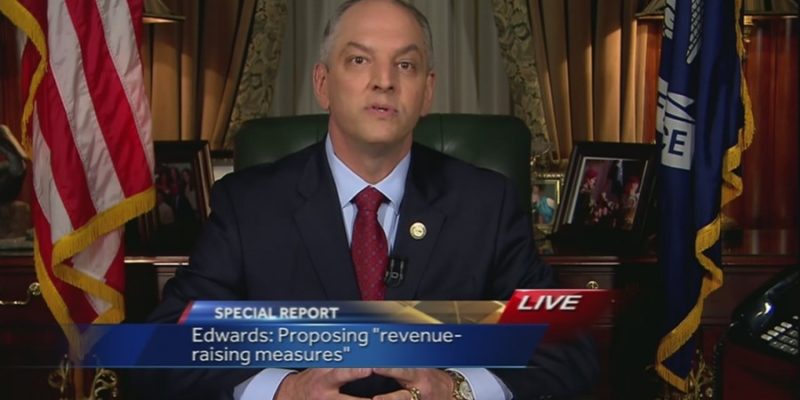 With newly elected Gov. John Bel Edwards (D) already causing a firestorm in the state over TOPS funding and some of the largest tax hikes, social media users have begun an online petition for a recall election of the governor.

Below, the Hayride has compiled three simple steps on how to officially recall the governor.

STEP #2: GETTING THE SIGNATURES

Signatures seem like the easiest part of a recall petition, but they most certainly are not in a statewide recall. In Louisiana, every signature must be handwritten.

Additionally, the petition must be signed by 33 and 1/3 of the qualified electors of the voting area wherein a recall election is petitioned. This would mean there would need to be at least roughly 972,000 signatures on the recall petition in order to recall the governor.

Already, the online petition to Sen. Bill Cassidy (R-LA) to recall Gov. Edwards has 15,355 signatures and it’s growing by the day. That number, though, would have to be increased rapidly if a successful recall is expected. And a ‘Recall John Bel Edwards‘ public Facebook group has nearly 7,000 members thus far.

Following the fine print at the bottom of the recall petition is very important for residents if they want a successful recall petition. This means the completed petition is submitted to the registrar of voters office for certification no later than 180 days after being filed with the secretary of state’s office.

Lastly, the petition is then forwarded to the governor where he/she will issue an election proclamation within 15 days after they receive the certified petition from the registrar of voters office, if the required number of qualified electors of the voting area signed the recall petition.

Editor’s Note: This post is not calling for the recall of Gov. John Bel Edwards, rather it is an informational piece on how to recall an elected official in the state of Louisiana.

Interested in more national news? We've got you covered! See More National News
Previous Article Taylor Swift At The Grammy Awards, Making People Sexist Since ‘1989’
Next Article How Strong Are The Presidential Candidates In Louisiana? We Have An Idea