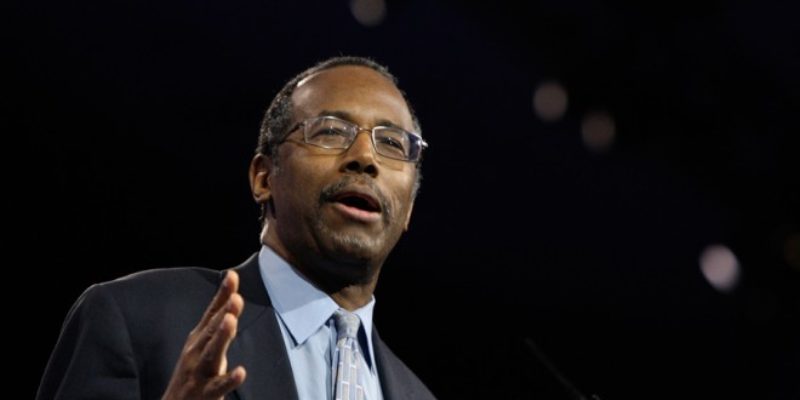 The whining by Iowa’s fourth-place finisher following Monday’s caucus might be the most disqualifying event of the entire campaign, and it shows why he should never have run for president of the United States as his first elected office.

Because it’s clear Carson doesn’t know anything about elective politics. If he did, he would have put an organization together that (1) would make it so no one would believe he was dropping out of the presidential race were a wayward news organization to report it, and (2) would respond affirmatively and forcefully to such reports in a way that would make it unmistakable to anyone how false they were.

But on Monday, Carson’s campaign didn’t have such an organization. So CNN reported that he was skipping New Hampshire and South Carolina, and when they did most people watching the race from Iowa figured Carson was getting out. You can’t go from a distant fourth in Iowa, while the top three candidates are consolidating the race, to not showing up to campaign in the next two states and then expect to pick things back up later. At that point, they can stick a fork in you, because you’re finished.

And when the CNN report came out, Ted Cruz’ campaign picked up on it and circulated it throughout its camp. Carson disengaging from the race is an indication he’s not serious about winning it and that’s a selling point for Ted Cruz’ campaign to use to attract Carson’s voters – “we’re your second choice and your first choice looks like he’s getting out; how about joining the Cruz crew?”

That’s not unreasonable, and it’s not offensive. It’s what an aggressive, competitive campaign is absolutely supposed to do.

Carson, after the rumors began flying, then said he was just going back to Florida “for some clean clothes,” which makes very little sense. You raise millions of dollars to run a presidential campaign; if you need clean clothes you have your campaign people run to the nearest department store and buy some for you – you don’t disengage from a presidential campaign to make a laundry run.

That’s an amateur-hour decision, if it’s an honest statement of what he’s doing.

What Carson is doing is taking a couple of weeks off, because his campaign isn’t going anywhere, and the odds are he’s not going to get back into the race after New Hampshire and South Carolina.

In any event, the kerfuffle over what Cruz’ camp might have done with the CNN report cost Carson absolutely nothing in Iowa. He was polling at nine percent or thereabouts, and nine percent is what he finished with in Iowa.

If Cruz’ people accosted Carson’s caucus-goers during the caucuses, then Carson’s people needed to be on hand to dispute what they were saying.

Instead, Carson howled and whined about how Cruz had lied about him getting out of the race.

That was received by Carson as follows…

He says as a Christian he accepts the apology, but he wants “accountability” – meaning, he wants somebody to get fired. An eye for an eye.

And despite getting in Iowa almost exactly what the polls said he would get, he says he “got hurt” by the misunderstanding, because of internal polling he had showing him way higher than nine percent.

I cannot and will not support your campaign, financially, or in any other way. Not until you and your staff own the game you played last night in order to win votes away from Dr. Carson.

Here’s the thing, he may not be our future President, and maybe he won’t win the nomination. That is in God’s hands. What I do believe about Dr. Dr. Ben Carson is that he is a man of rare honesty and integrity, and if he says that your team was spreading rumors about him leaving the campaign, I believe him.

You let us down last night. You may have won the caucus, but you lost your integrity, and the trust of voters like me. I’d rather throw my vote away, then cast it on someone else that I cannot trust, and you proved last night that you are about as trustworthy as Hillary.

I’m very sorry that you lacked faith in your own efforts and abilities to the point that you had to stoop to that level to accomplish a win. For someone who espouses to be Faith-filled, you didn’t put your faith where it belonged last night, and I’m afraid you will pay a heavy price for it.

Do the right thing. Say you are sorry, and be sincere. Humility looks a lot better than lies.

Meanwhile, Carson earned himself a shipment of “shut the hell up” from Erick Erickson at The Resurgent yesterday…

If Carson supporters walked into the caucus room with less information about their own candidate’s intentions and schedule than Cruz’s volunteers, is that the responsibility of the Cruz campaign? I believe it was a legitimate SNAFU on Cruz’s part.

But for Carson to make political hay using words like “as a Christian I will accept the apology” without actually accepting the apology is drifting toward the same kind of language Trump uses when he said “I refuse to call Megyn Kelly a bimbo, because that would not be politically correct. Instead I will only call her a lightweight reporter!”

If Carson doesn’t believe Cruz, he should say so and provide proof. Otherwise, he should man up and do a better job managing his own campaign, which throws off rumors like a wet dog.

The fact is, Carson is out of his league as a presidential candidate. There is a reason why the presidency isn’t an entry-level political job and those elected to it are usually governors or senators – it takes experience to learn how to handle situations like this. Carson doesn’t have that experience, and he doesn’t have a campaign team with it, and he acts as though that lack of capability is a virtue because he’s a different kind of politician. There is some charm in that, but it’s the kind of charm that makes everyone think well of him while they vote for someone else.

And while Carson has improved as a candidate and no longer makes needless gaffes, his performance in recent debates has been virtually nonexistent.

Meanwhile, Cruz is doing the things necessary to pick off votes and win. Cruz’ campaign is aggressive, and they want that nine percent for themselves because the Barbara Beasleys of the world fit better in Cruz’ camp than in Rubio’s or Trump’s.

If every attempt to take voters from the minor candidates in the race, most of whom shouldn’t be running and have wasted an enormous amount of donors’ money, gets criticized as a “dirty trick” resulting in whiny voters and whinier candidates, then the next couple of weeks will be unbearable.

In that light, we’d like to offer thanks to Rand Paul, who gracefully exited the race today, and wish him the best of luck in his Senate re-election bid.